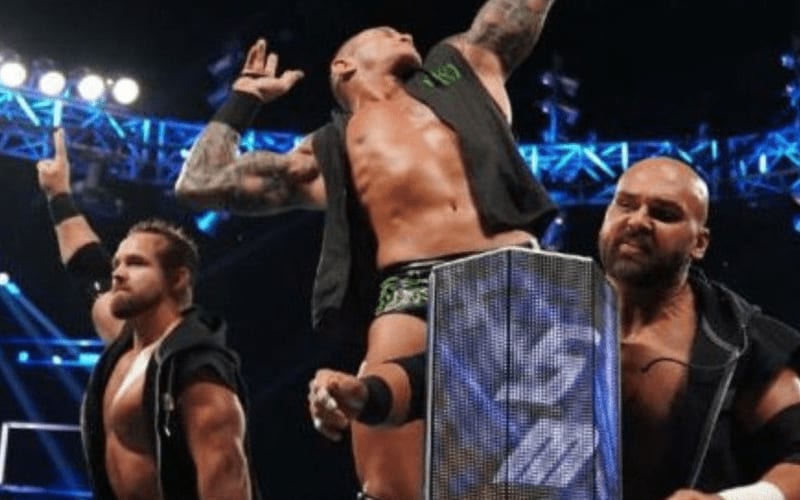 Randy Orton and The Revival made up FTRKO, but that team was disbanded far before their time. The Top Guys apparently miss teaming with Randy Orton, but it seems The Viper has new allies.

Orton found himself in an alliance with Zelina Vega’s faction of heels this week on RAW. Dax Harwood certainly seemed to notice. The AEW star tweeted out a short message to Orton along with “RIO” attached to their WWE team name.

FTR have new allies in AEW. They are teaming with The Young Bucks at Fyter Fest. Their 8-man tag team match against The Lucha Bros and the Butcher & The Blade could be a fantastic match.

Odds are FTR will end up feuding with The Young Bucks eventually. It’s also a safe bet that Randy Orton and FTR will continue watching each other across company lines for years to come.