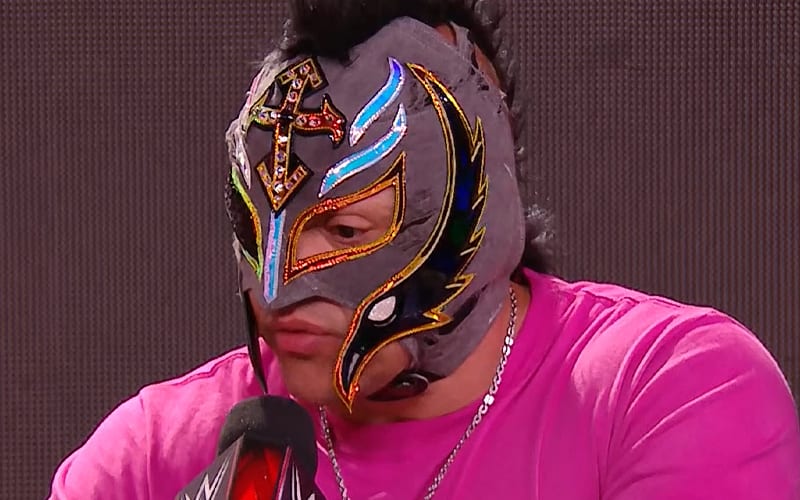 Rey Mysterio is no longer under contract with WWE, but he is still appearing on television as part of the RAW brand.

Mysterio signed a new WWE contract in September 2018. That has since expired as reported by F4WOnline. Mysterio is currently working without a written contract.

It is reported that Mysterio and his son Dominik were scheduled to appear in person during RAW on June 29th, but they went home where they filmed the angle.

Click here on more details about the gruesome gimmick match WWE has planned for Mysterio and Rollins.

It is unknown how long Rey Mysterio will continue working under a handshake agreement with WWE. They have nothing on paper to keep him with the company.