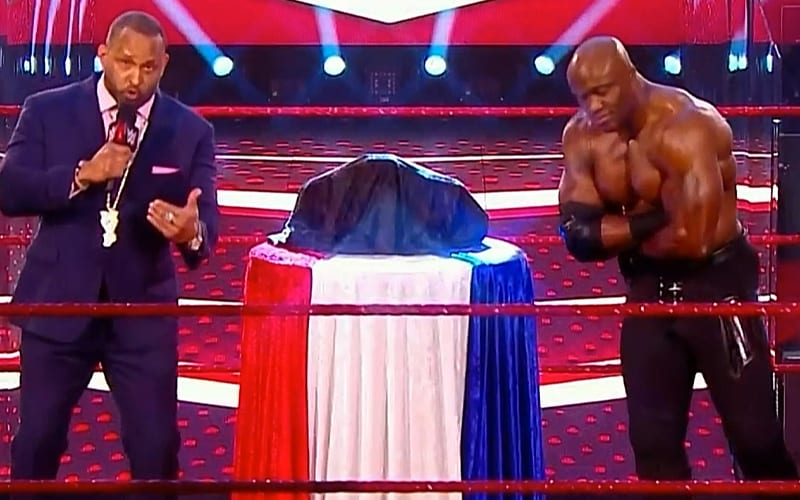 WWE re-designed the United States Title. When the news broke that WWE gave the title a face lift a lot of people got very excited. How did it turn out?

WWE did a pretty good job with the new design. We’re sure that a lot of fans will have mixed reactions because that’s the way it is with any change.

MVP stated that the future of the United States Championship can only be described as “Ballin.'”

This resulted in a new match added to the Horror Show at Extreme Rules. Apollo Crews will defend the United States Title against MVP. Then he got around to unveiling the new WWE United States Championship.

What do you think about the new design? Sound off in the comments below!