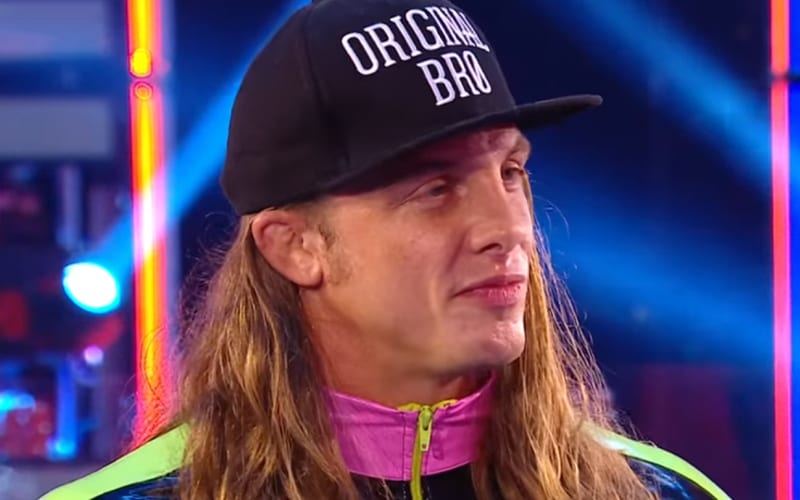 Matt Riddle’s name came out as part of the #SpeakingOut movement. He was accused of sexual misconduct, but he remains on WWE television. Riddle accused his accuser of being a stalker. He said that an order of protection was drawn up, but never executed. Riddle’s attorney confirmed this in a statement on the matter.

One fan commented on a video of Matt Riddle wrestling on SmackDown. They said “this is sick” and asked why is Riddle still on television. Another fan replied saying: “Apparently Matt brought quite a bit of evidence to WWE that this woman’s been stalking him for some time, including making him change his number a couple times. And evidently theyve been aware of it since before he signed when they were initially scouting him.”

Candy Cartwright, Matt Riddle’s accuser saw that tweet about Riddle presenting “quite a bit of evidence.” So, she dropped some evidence of her own, a photo of her kissing the Original Bro. She claimed the photo was taken on May 19th, 2019 at 10:48 AM.

This is crazy. It’s been two weeks and I’m still getting hate messages/threats and seeing stuff like this. If I’ve been “stalking for years” then why is this from 2019? This was also taken after I went to see him on an nxt loop and he got me tickets to two shows…

We’ll have to see how this situation plays out. Matt Riddle is in line for a push in WWE as he generates attention and chases after King Corbin.

We will continue to monitor this story here at Ringside News.