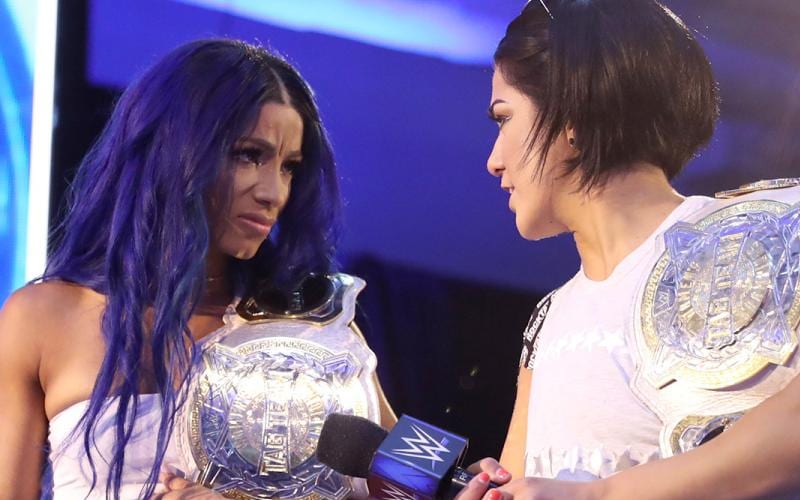 Sasha Banks and Bayley have been in an alliance for a long time. They have also battled in the ring before. It appears that time is coming for them to wrestle each other once again.

WWE dropped several hints along the way that Bayley and Banks might be getting close to a split. They haven’t broken up yet, but WWE could save a match like that for SummerSlam.

During his Hall Of Fame radio show, Booker T stated that Sasha Banks and Bayley HAVE TO break up. It’s pro wrestling, after all. Obviously, Booker T can sense something coming for them too.

Bayley and Banks are booking matches for each other, shooting the other one small side-eyed glances, and dropping hints that they might be annoyed with each other. They are also very loud and confident with themselves, but why shouldn’t they be?

There were rumors that Sasha Banks and Bayley were going to split up prior to WrestleMania, but they stalled on the idea. The two continued their team and are now WWE Women’s Tag Team Champions. Things could get very interesting in this situation.