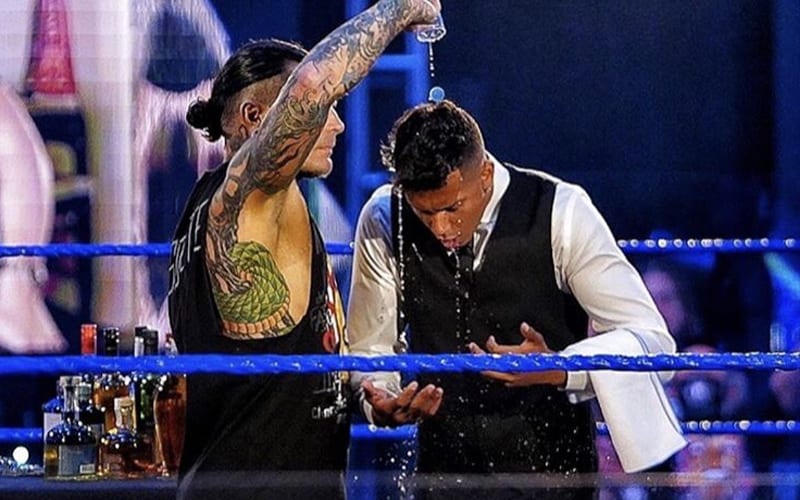 Sheamus didn’t show up to SmackDown this week, but he sent his personal bartender Jeeves. Then The Celtic Warrior delivered a promo via Zoom.

Jeff Hardy ended up pouring a drink on Jeeves’ head, and then he gave him a proper beating. Jeeves was prepared, because he is a trained wrestler.

The Local Competitor revealed that Jeeves was actually played by Vinny Mac. He competes for Afa The Wild Samoan’s World Xtreme Wrestling. Vinny Mac was also previously featured on NXT.

Vinny also had 1 WWE match. He competed on the 10/3/18 NXT episode in a 6-man tag team match as Vinny Mixon where he teamed with Torry Kirsh/Justyn Glory @JustynGlory & Cesar Rise/Rayo @Rayowrestles against The Forgotten Sons

This was quite a role for Vinny Mac to play on WWE television. You never know if a part like that could lead to way more opportunities down the line.