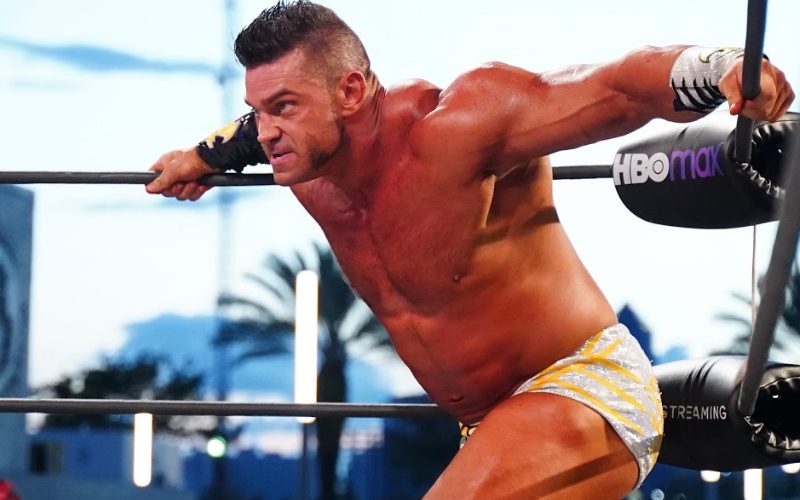 You can never say never in pro wrestling, unless you’re Brian Cage. If The Machine is talking about going back to WWE then the answer is apparently “no way.”

Cage was a part of WWE’s developmental system FCW from 2008 to 2009. He didn’t last long, but there’s a reason for that. He was friends with Chris Kanyon which ended up helping him get his foot in the door.

During AEW Unrestricted, Cage explained that he suffered a concussion. He was told that they would call him and Johnny Ace promised a conversation. Cage eventually tried to initiate that conversation with Johnny Ace, but he was shut down.

“I fall backwards and my head falls down all three ropes. The next day, I was concussed. I asked Noble what happened and if he talked to Ace. He said he will try to talk to him and we will see what happens. End of the night, he never talked to him and he said, don’t worry, we have your information. We are going to Australia for a couple weeks. We will reach out to you, whatever. I’m thinking this sucks. I’m going to look for Ace. I keep seeing him. He was always talking to somebody. I said ok, forget it, I’m going for it. I walk up to him and say, excuse me, I don’t mean to interrupt. I put my hand out to shake his hand and he looked at me disgusted and said, well yea kid, that is what you’re doing and turned his back to me and walked away.”

Brian Cage feels as though he checked WWE off his list. He left the company’s umbrella and returned to the indies. The rest is history for Brian Cage as he ended up in AEW. Don’t expect Brian Cage to leap at the opportunity to go back to WWE. At least Johnny Ace was able to make things up to Cage before his departure.

“I figured I would hang out and make the best of it. I did do some ring work that day because they didn’t know I was concussed. Ace tapped me on the shoulder. He said sorry I was a dick to you. Technically when you say, sorry, I didn’t mean to interrupt you, technically you are interrupting. He said, but I’m glad that you did, so I’m going to offer you a contract. So, he said do you want to go to Florida? I said yea. He said go find Carano, welcome to the team. I was 24 then. The whole WWE accomplishment was checked off. I got to experience that and it’s cool. But, after several back and forths, and ups and downs with them since being released from them, as soon as I let go of the need to be there, my life personally and professionally went so much better. I’m not some super anti-them and F them, but I’ve done well without them and so if I never have to go back there, I’m happy with that.”

Brian Cage is still the #1 contender for Jon Moxley’s AEW World Title. The two will wrestle at Fight For The Fallen since Fyter Fest couldn’t happen.

It’s’ interesting to think how WWE would have used someone with Cage’s size and ability for all these years. They had the opportunity to sign him, and keep Cage on their roster as a Superstar. Obviously, fate had other plans.