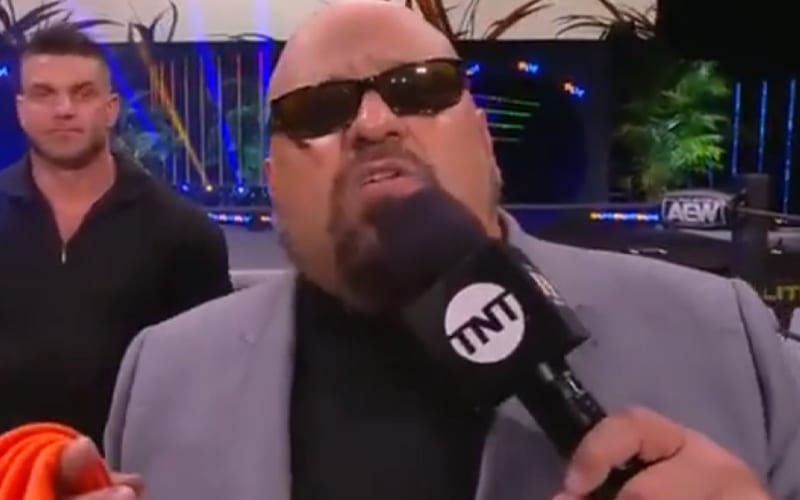 WWE didn’t test for the novel coronavirus for months. That changed when a positive test for COVID-19 was discovered. Now several positive tests have been found throughout the company including Renee Young.

Jon Moxley pulled out of Fyter Fest because his wife is positive for COVID-19. This caused Taz to cut a promo on him where he accused Mox of being a “chickensh*t.” Taz also threw a line at WWE in the process.

The former WWE Superstar and announcer said that everything would have been fine if Mox would have brought himself to AEW. Jon Moxley already tested negative twice and AEW would have given him a blood test because “we don’t run a sloppy shop.”

During Wrestling Observer Radio (transcribed by Ringside News) Dave Meltzer stated that there were some in WWE who were not happy about that line at all.

“Boy were there people up upset with that line — there were! Really, are you kidding? Think about it!”

Bryan Alvarez asked “ARE YOU KIDDING ME?!” because WWE waited months to test for COVID-19. “Yes,” Meltzer confirmed. “There were people very upset with that line.”

The point was brought up that “how can you even argue it?” Things are very touchy right now, and the novel coronavirus is right there in the middle of controversy. WWE tested temperatures for months while AEW ran actual COVID-19 tests.

WWE is doing swab testing which has a very high rate of inaccuracy. AEW does blood tests which also checks for antibodies.