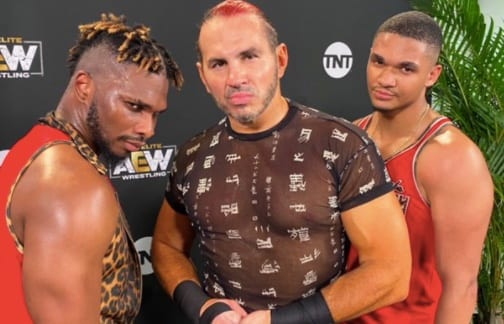 One of the most intriguing aspects of Matt Hardy’s run with All Elite Wrestling has been the split personality gimmick that he’s currently portraying.

From week to week we never really know what we’re going to get from the veteran, but right now, he seems to be enjoying his time as something of a manager for Private Party.

Last night on social media, Matt drew an interesting comparison between himself and another prominent figure from the early days of his own career.

Michael Hayes, at least from an on screen perspective, was one of the first guys to really see the potential in Matt and Jeff as top stars in WWE.

Now, Hardy will attempt to have the same kind of influence on Private Party as they continue to rise up through the ranks of All Elite Wrestling’s tag division.