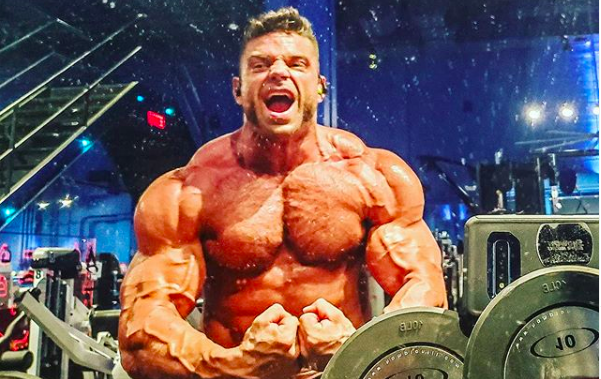 Brian Cage is currently the number one contender for the AEW World Championship. The Machine will face Jon Moxley for the title at Fight For The Fallen in two weeks.

It’s no secret that Cage currently has one of the best physiques in the pro-wrestling business. While appearing on the latest edition of AEW Unrestricted, Cage revealed the details of his insane diet.

Cage consumes two dozen eggs everyday. The former Impact Superstar said that he looks to consume around 60 Grams of Protein per meal.

He then detailed out his entire eating and exercising schedule for the day. From cups of oatmeal to chicken & beef to cookies, Cage’s daily diet has it all.

That’s how I break it down, if you want all the details about how much I eat. Then I eat a cup of oatmeal. Then I usually wait two hours. So today it’s been about two hours. I went to go tan, then right after I tanned, I went to the gym. I did back today. I worked out for about 90 minutes or so. Then I did 40 minutes on the stair master. Then I came here. Then I ate about 10 ounces of chicken, and some rice. Then I got a knock on the door, and my friend had sent me a tray of cookies, because I don’t know why, I love sweets.”

I have 10 ounces of ground beef, cooked, waiting ready for me, and I got chicken defrosted, so those are the next two meals, and then I’ll eat about a dozen egg whites again before I go to bed.

Cage then revealed that he consumes around 4000 calories on a daily basis. Although, he might cheat every now and then but never too much because it takes a lot of food consumption to gain muscles and a good amount of daily workout to maintain them.

Probably I average around 4000. There will be some higher cheat days and there are some days I’ll eat a little less, but probably on the average shoot for about 4000. It takes twice as much to gain though, and half as much to maintain.

People seldom understand the insane amounts of dedication that goes into building a muscular physique. However, Cage’s efforts in this regard are truly commendable.

They don’t call him THE MACHINE for nothing.