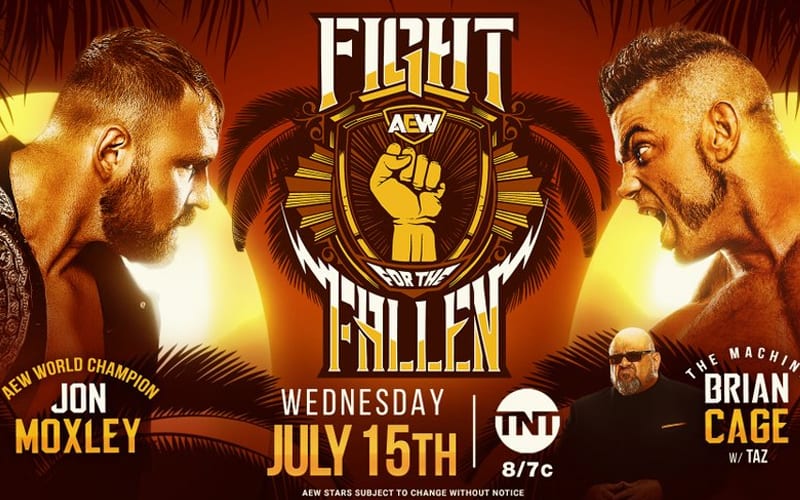 Jon Moxley’s wife Renee Young tested positive for COVID-19. There was some concern that he will eventually test positive as well. He is reportedly negative for COVID-19, but they’re not taking any chances. AEW promoted his World Title match against Brian Cage until Fyter Fest started, then it had to be changed.

Click here for our complete coverage of AEW Fyter Fest.

It was revealed that Jon Moxley vs Brian Cage will happen at AEW Fight For The Fallen in two weeks on July 15th.

Taz and Brian Cage came out instead and cut a promo instead of having a match. Taz stated that Moxley decided to stay home for the safety of the AEW roster. Taz also said that Moxley tested twice for COVID-19 and was negative.

Taz also said that Mox would have been tested when arriving to AEW because “we don’t run a sloppy shop.”