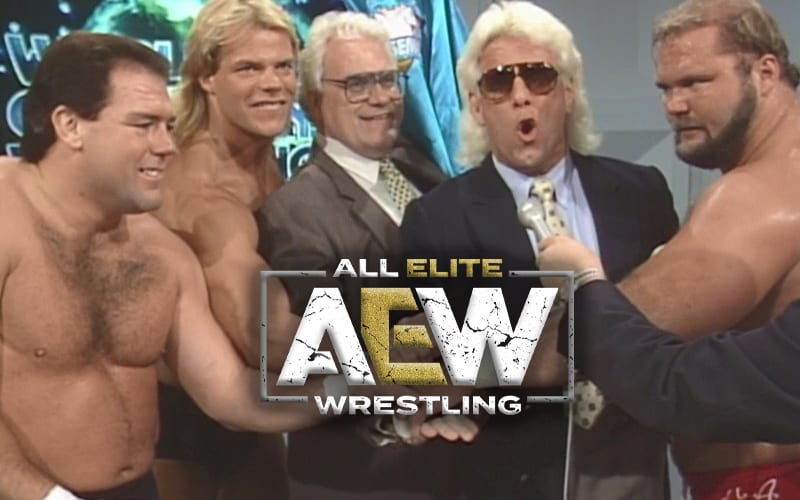 AEW is all about pro wrestling tradition and it doesn’t get much more traditional for some fans than the Horsemen. All Elite Wrestling has two of 4 original Horsemen under their roof. They might be looking to get that concept going again.

Shawn Spears’ manager is Tully Blanchard, who is famous for his time as a Horseman. Spears tweeted out a simple roman numeral of the number 4 on the night of Fyter Fest. This caused a lot of fans to wonder what was going on. Perhaps a 4 Horsemen was being teased?

Dax Harwood and Cody Rhodes happen to share a birthday. When Rhodes sent out a message on both of their birthdays, he went with a tweet saying: “Happy Birthday! Digging your truck, looks like it has a lot of horsepower.”

AEW likes to tease things, but they usually have a reason, or at least something plausible in the works. Let’s see what they do with this idea, but the Horsemen might someday ride again.

Let’s also not forget about that epic photo that FTR took with Arn Anderson and Tully Blanchard after their AEW debut.

Who would you put in a 4 Horsemen stable in AEW? Sound off in the comments below!