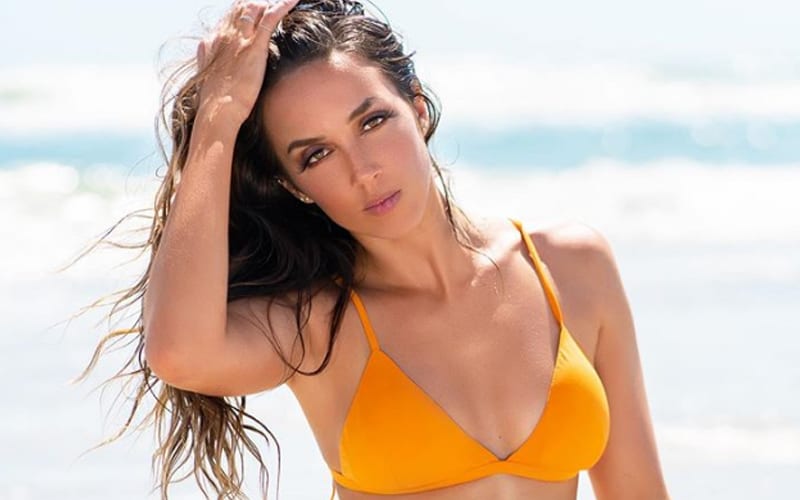 Chelsea Green was rumored for a main roster call-up. While she waits on a call from Vince McMahon, the former Hot Mess dropped another photo that is sure to stop anyone’s endless scroll on Instagram.

Click here for a previously thirst trap from from Chelsea Green.

Chelsea Green posted a photo of herself in an orange bikini. There was only one thing on her mind when posting the photo. She could use a creamsicle.

Chelsea Green dropped Robert Stone as her manager in NXT. A lot of people supposed she was coming to Raw or SmackDown. It was reported that would be the case for Velveteen Dream too, but look at what happened.

Paul Heyman’s dismissal as Executive Director of Raw might have thrown a wrench in Chelsea Green’s plans. At least she is keeping up her social media clout with photos like this.