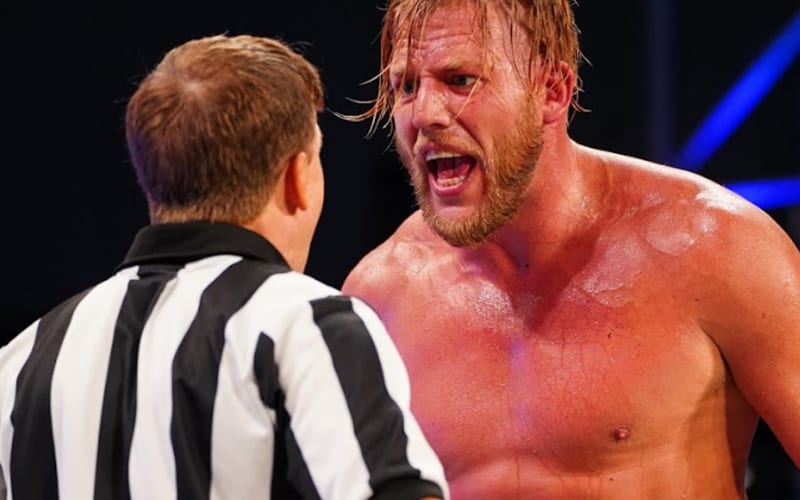 Jake Hager thought he won the TNT Title at Fyter Fest. He did not as Cody turned his submission move into a pinning predicament. Following the match, Hager struck an AEW official which is a big no-no in All Elite Wrestling.

It was speculated that Jake Hager might be in trouble for assaulting an AEW official. The company announced his suspension today.

Jake Hager is now suspended from AEW, but it won’t be a very long hiatus. He will be gone for ten days and he is also being fined an undisclosed amount of money.

Jake Hager will miss the next night of Fyter Fest, but he’ll be ready for his return after. Hopefully, he learned his lesson.

Hager’s suspension might be just for the storyline, but he is the second Inner Circle member in a suspension situation. Sammy Guevara is also suspended until he completes sensitivity training.