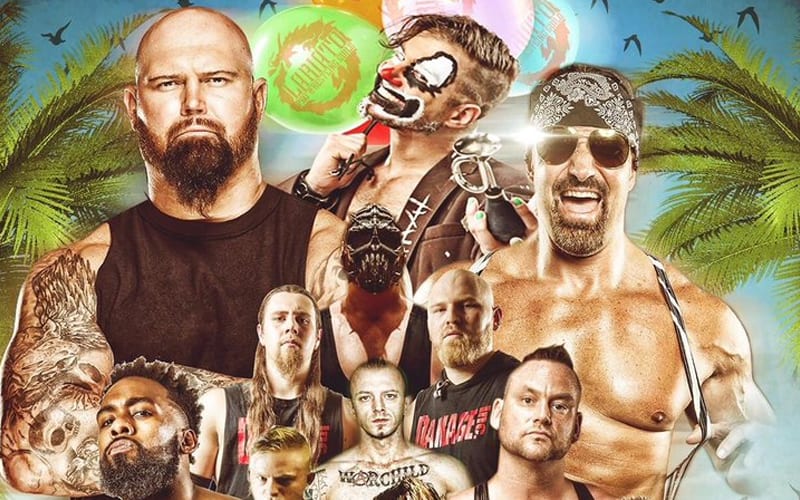 WWE released plenty of Superstars on April 15th and now they’re making their way to the indies.

The independent wrestling scene was mostly closed down due to COVID-19. Some wrestlers were able to keep training, but live shows with fans were not happening. Now that is about to change and more indie events are being announced all the time.

Luke Gallows and Eric Young have been confirmed for the July 25th Lariato Pro show in Dublin, Georgia. Other wrestlers announced for the show include Crazzy Steve and Johnny Swinger.

It was reported that Luke Gallows and Karl Anderson are on their way to Impact Wrestling. The company also aired a hype video for Eric Young’s return this week. That Lariato Pro show could have a lot of Impact Wrestling representation.

All of the recently released WWE Superstars still under 90-day non-compete clauses. Those clauses expire on July 18th, the same day as Impact Wrestling’s Slammiversary event.