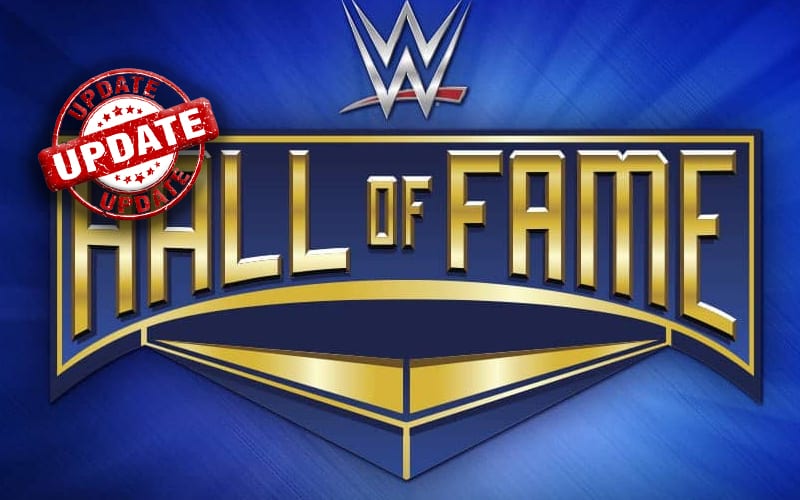 WWE was forced to cancel the 2020 Hall Of Fame ceremony when the novel coronavirus created an unavoidable issue. There are rumors that WWE is considering a new date, but they’re not very far along in making that discussion.

Ringside News has learned that “SummerSlam has been discussed, but nothing firm” for the 2020 WWE Hall Of Fame. The company has a lot of other things to think about first.

WWE obviously wants to put on their Hall Of Fame ceremony. They have an entire class of inductees lined up. Right now “it’s not something that is a the top of the list of discussions.”

Batista, The Bella Twins, JBL, Jushin “Thunder” Liger, The nWo, and “The British Bulldog” Davey Boy Smith were all announced for the 2020 class of the WWE Hall Of Fame.

The obvious question also remains whether the 2020 inductees would even want to attend the Hall Of Fame ceremony during a pandemic. The Bella Twins’ pregnancy status caused them to pull out of Axxess prior to the WWE Hall Of Fame’s cancellation. One would assume their concern for COVID-19 hasn’t diminished since then. Jushin “Thunder” Liger also might not make the trip to the USA from Japan.

Everything is up in the air right now regarding the 2020 WWE Hall Of Fame. A lot of things can change in the time between now and SummerSlam.