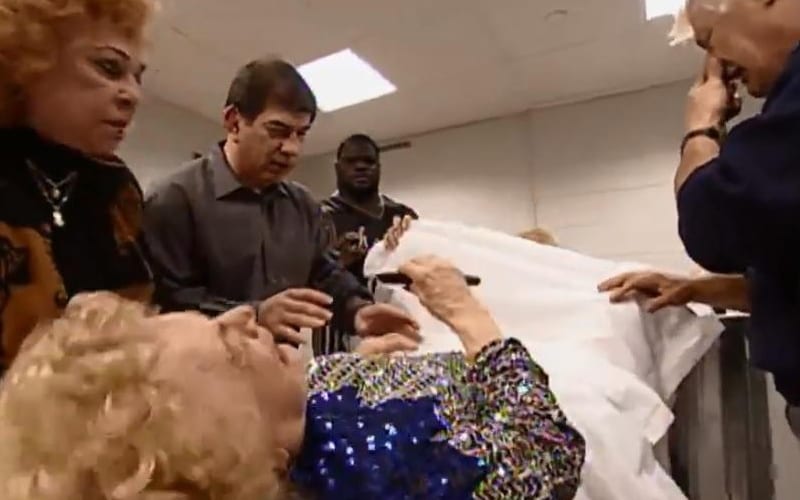 WWE television is unique. You never know what you will see next. There was once a time when even giving birth to a rubber hand wasn’t off the table.

Mark Henry really enjoyed his time as Sexual Chocolate. He was involved with Mae Young during that time and the two were “expecting a baby.” Then when the big day finally came Young delivered a rubber hand.

While speaking to Chris Van Vliet, Mark Henry revealed that he still gives Vince McMahon a hard time over that angle. He still asks McMahon what the deal was with the rubber hand. McMahon’s reply is never too informative.

“I still pick on Vince every time I see him. ‘So are you ever gonna tell me what the deal was with the hand?’ And he just starts laughing. ‘It’s a hand.’”

“I didn’t know what the plan was, I just go with the flow. But I did think, why, just curious, of all the things, why a hand? And Vince, he just busts out laughing every time I ask him like it’s the biggest ongoing joke, and I think that’s what it is. He just did it to entertain himself.”

Fans still remember Mae Young giving birth to a rubber hand as one of the wildest moments in WWE history. It might not make sense to Mark Henry even to this day, but he certainly helped create an unforgettable moment.