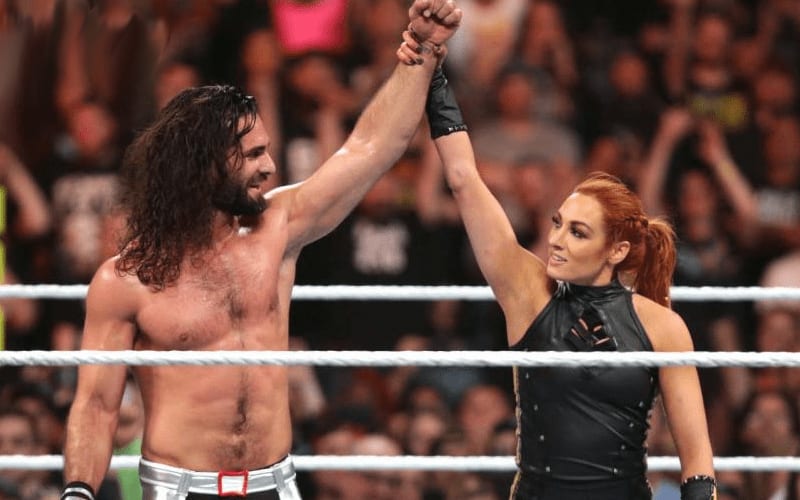 Becky Lynch and Seth Rollins are expecting a child. Lynch made this announcement on RAW last month, handed her RAW Women’s title to Asuka, and went on maternity leave.

Ever since the news of Lynch’s pregnancy broke out, fans have been wondering if The Man will be back in WWE at all.

In an interview with NY Post, Seth Rollins answered the question about Lynch’s WWE return.

Rollins said that he expects Lynch to make her WWE return but that decision is entirely her own. He doesn’t know how things will change once Lynch gives birth to their child but he believes that The Man wants to return to the company.

The Monday Night Messiah said that Lynch would want to hang up her boots on her own terms and probably not due to childbirth.

Oh yea, I expect so. Obviously that’s gonna be up to her and how she feels. Who knows what happens after childbirth once she becomes a mother, I don’t know. I believe she has aspirations to return. I think she would rather go out on her own terms whenever that time may be as opposed to stepping away for a child. I think she has aspirations to return, but I don’t know. Things can change between now and December.

Lynch hates being at home during pregnancy. We don’t know how long it would take for her to get ring-ready but when she does, the Internet wrestling community shall explode.