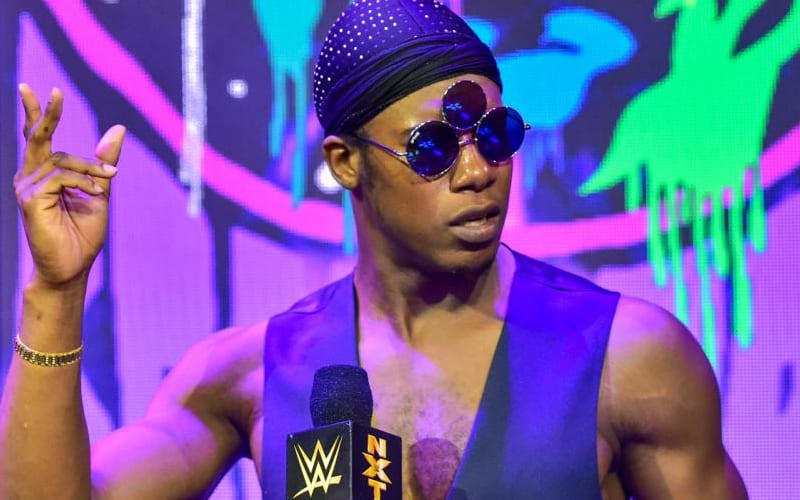 WWE is reportedly looking to get rid of some problematic wrestlers. They already axed three people who were called out in the #SpeakingOut movement. Another name could join them very soon.

The Mat Men Podcast tweeted out that they heard from two separate sources that Velveteen Dream is on the WWE chopping block. Sean Ross Sapp confirmed that he has heard the same.

Dream’s name came up in an allegation months ago. It was alleged that he sent NSFW photos to minors via Instagram. Dream admitted the photo was of him, but his account was hacked. He didn’t explain the audio clip he sent them asking “what school do you go to?”

We’ll have to see what’s next in this situation. Velveteen Dream was rumored to be on his way to the WWE main roster following NXT TakeOver: In Your House. That hasn’t happened yet. Now he might be on his way out of WWE entirely.