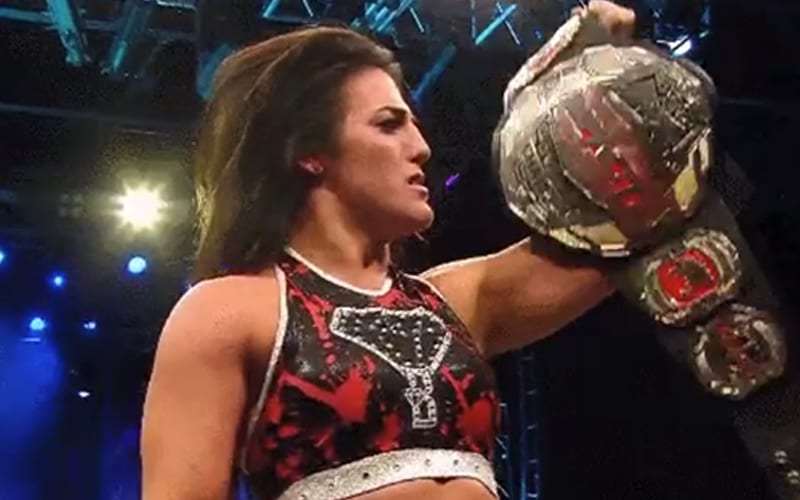 Tessa Blanchard was fired from Impact Wrestling. She was their World Champion at the time. Now the company has a vacant title and a big Slammiversary pay-per-view in sight.

We previously reported that Tessa Blanchard’s contract with the company was up on June 30th. They wanted her to film vignettes, but she refused to do so and wanted a “day rate” to record the footage.

PW Insider reports that footage was meant to be spliced in with Josh Mathews conducting an interview with Blanchard “via satellite.” They didn’t get that footage so something else needed to be figured out.

It was further noted that Impact Wrestling wanted Blanchard to drop the Impact World Title, but they couldn’t work out a deal for that to happen either.

Impact sources cite that there were attempts made to get Blanchard to return and drop the title but that the two sides were not able to come to terms. Blanchard’s deal was slated to expire before the PPV.

There was hope that Blanchard would make one final appearance at the Slammiversary pay-per-view. The belief within the company is that they could have rolled that time that she missed back into her contract, but they didn’t do that. Instead, Impact ended their relationship with Blanchard.

Now Impact Wrestling will have to figure out a new direction for their World Title.