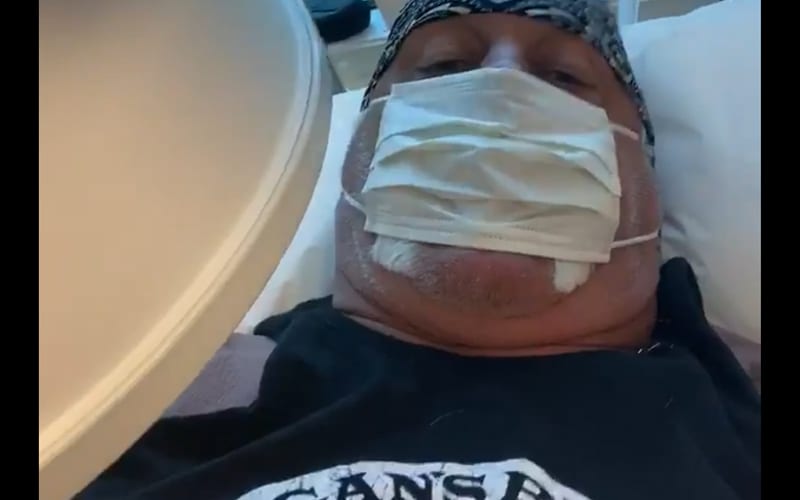 Hulk Hogan has been through a ton of back surgeries and other procedures. He recently found himself on “the table” again, and he didn’t sound too thrilled about it.

The Hulkster uploaded a video of himself wearing a mask while laying down. He said “once again I find myself on the table.” We’re not certain what kind of table he is on, but it is in a medical setting.

There were plans to bring Hulk Hogan in for WrestleMania. Ringside News exclusively reported that they couldn’t make a deal work out.

Hulk Hogan’s last back surgery was supposed to do him wonders. They replaced the hardware in his back and removed some huge screws in the process. Now it appears that he’s back in the doctor’s office.

Hopefully, Hulk Hogan will be pain free very soon with a clean bill of health. At least he was wearing his mask in this video.