WWE needed to call for a big change of plans when multiple positive coronavirus tests were discovered in the company. This meant that advertised segments planned for Friday Night SmackDown can’t happen.

We previously reported that WWE had to book SmackDown from scratch. This will include a very long tribute to The Undertaker.

PW Insider reports that the Undertaker tribute is expected to take up about an hour of the show. The Boneyard Match is 35 minutes alone.

Matt Riddle and Jeff Hardy are also slated to make appearances on the show this week. It was not noted exactly what they are doing.

The promoted match between AJ Styles and Drew Gulak hasn’t been mentioned in days. It appears that IC Title match might be off, but we’ll know more as the day goes on. 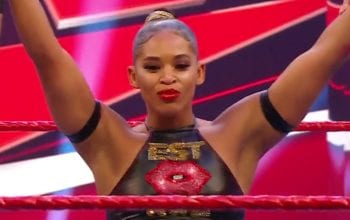