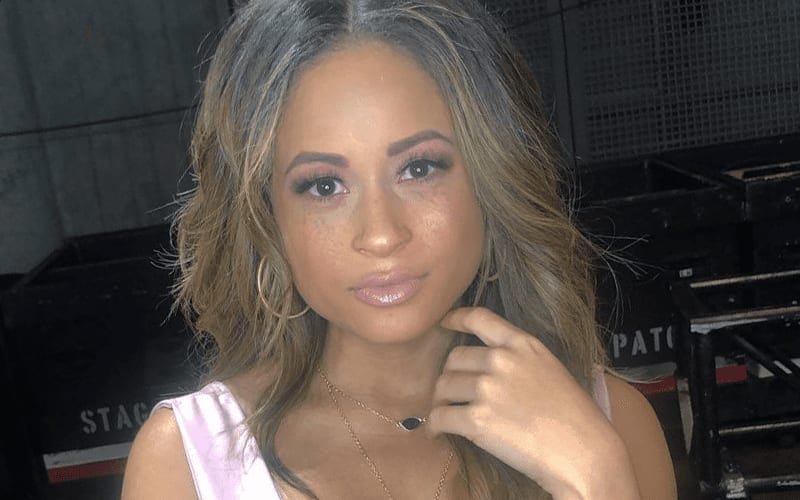 Kayla Braxton revealed today that she tested positive for the novel coronavirus. That marked her second positive test after recovering from the virus in March.

Braxton left social media which included deleting her Twitter account. Fightful reports that there are plenty of Superstars who are not happy right now.

WWE hasn’t even given Superstars an approximate number of people who have COVID-19 in the company. It was reported that there is also concern for Braxton as she suffers through her second battle with the virus.

Main Roster talent we’ve heard of are generally upset about the handling, with one saying that they’d also prefer if WWE had testing set post-tapings. Another was particularly concerned for Kayla Braxton considering the virus has re-emerged in her.

The novel coronavirus is highly contagious and more people are being infected every day. Bayley had a reason for tweeting out that people should wear their masks.

This situation is not over yet, but WWE doesn’t plan on stopping the show. They are still planning to record television on Friday and Saturday taking care of Raw and SmackDown for two weeks.