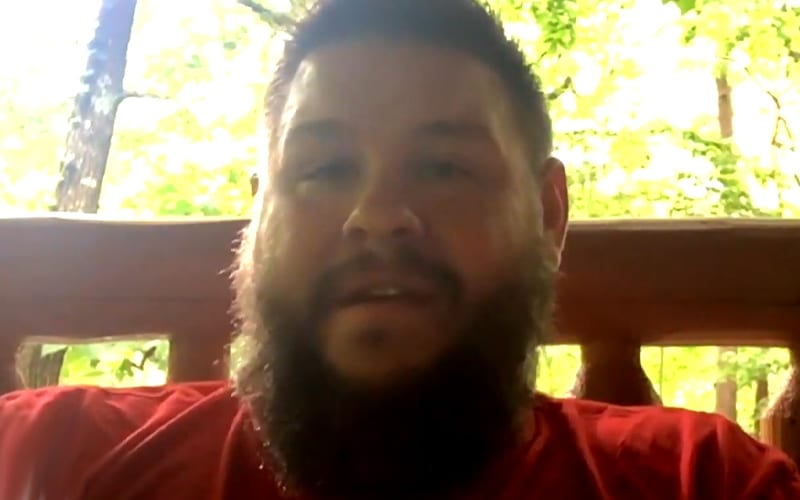 Kevin Owens decided to stay home instead of going to the television taping. This was after the company discovered a positive COVID-19 test within their NXT developmental roster.

While on WWE The Bump, Kevin Owens was asked about his decision to stay home. He conducted the interview from a cabin in Teneessee that he was staying with his family. stated that it was because of his family. He wanted to do what was best for them. He told WWE about his decision and they didn’t even “flinch.” This is a decision he doesn’t regret in the slightest.

“Yeah, I mean I’m great I’ve always been great you know due to the circumstances that went on there in the last week with you know… the positive coronavirus test that happened in the company I just thought it was wiser for me to stay with my family that day. I told the people in charge there and they didn’t even flinch. They were like, ‘Okay.’ That’s it.”

“You know there’s no push-back I mean I don’t think there would be push back on anybody and the way my mind is once it’s made it that’s the way it’s gonna be. They were respectful of my decision and I’m glad that I took it and it was the best thing for my family.”

Ringside News exclusively reported that Kevin Owens will likely be back at the next set of WWE television tapings provided there are no additional positive COVID-19 tests discovered.

He could show up on television the next time they tape. We’ll have to see what the plan is, but Owens isn’t anywhere close to Florida right now.