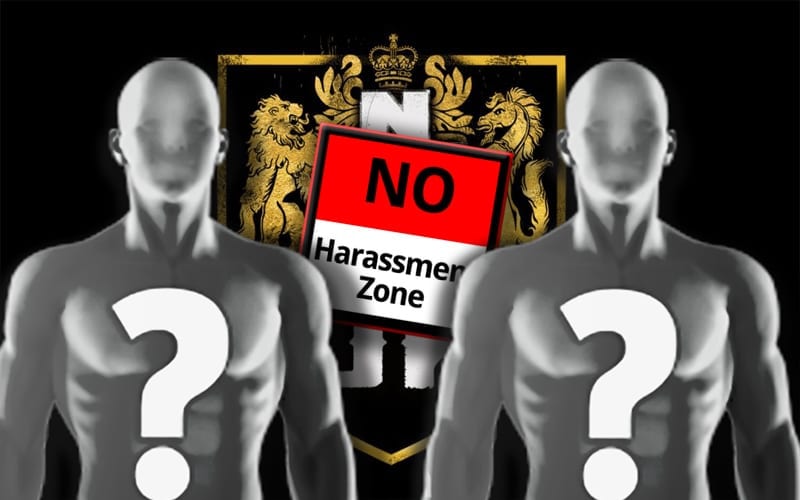 The #SpeakingOut movement is still going and there is a lot of catching up to do with allegations that have been release. One anonymous female dropped a statement through Sierra Loxton with accounts of inappropriate from two current WWE NXT UK Superstars and a well-known wrestling promoter.

Joe Coffey, Travis Banks, and  Co-owner of Fight Club Martin Zaki were all named, Since these allegations surfaced Zaki has since deleted his Twitter account.

This anonymous female alleges that Joe Coffey tried to touch her inappropriately. Then he proceeded to leave and then text her saying “come to my room.” She left the text on read and then he sent her an unsolicited dick pic.

The same woman then said that she had sex with Travis Banks while he was with Millie McKenzie. Stories from McKenzie have already come out about Banks as part of the #SpeakingOut movement.

The anonymous female also revealed that she received unsolicited dick pics from Martin Zaki. He added her on SnapChat and sent her inappropriate messages trying to hook up with her as well. This created a very awkward situation for her at shows. Nobody should feel unsafe at a pro wrestling show.

The goal of the #SpeakingOut movement is to create a safe atmosphere for pro wrestling. We will keep a close eye on this story and many more right here at Ringside News.