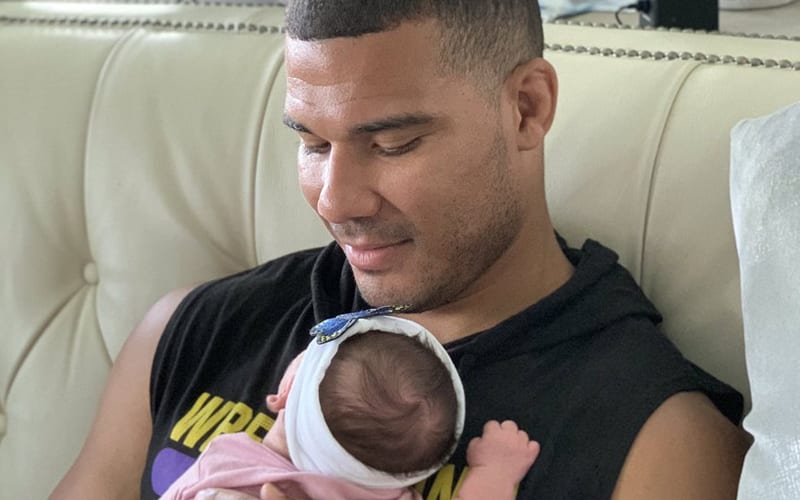 Father’s Day 2020 will probably be better known as day 3 of the #SpeakingOut movement. There was still a lot of love on Twitter through the terrible stories coming out.

Both Jason Jordan and Sunil Singh both celebrated their first Father’s Day this year. They let fans into their personal lives with a snapshot with their children.

“I couldn’t have asked for a better 1st Father’s Day,” Jason Jordan tweeted out along with a photo with his daughter. You can find that touching photo below.

Sunil Singh tweeted out a photo with his baby as well. He included a caption about how important this 1st Father’s Day was for him.

My 1st #FathersDay meant the world to me.

It means that for the rest of my life, I’ll be known as Gurveer’s Father. I take great pride, humility & inspiration in that. That’s all I ever wanted.

Other WWE Superstars sent out Father’s Day tributes. WWE tried to make a tribute for Kevin Owens, but they accidentally tagged him as Roman Reigns.

You can check out a couple additional Father’s Day tributes below, and Happy Father’s Day from everyone here at Ringside News.