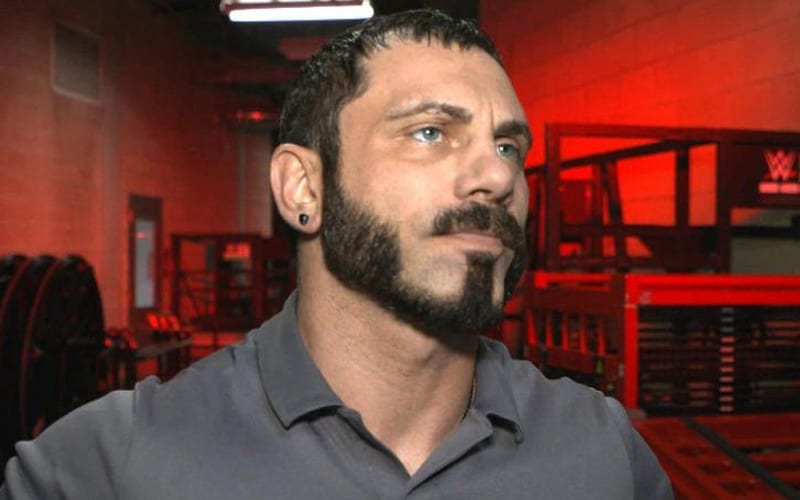 Austin Aries was the subject of the #SpeakingOut movement. Thanks to the bravery of a few stepping forward, others have followed.

Another fan named Hannah came forward with her own story about Austin Aries. She alleges that he asked her to stand front of her and “dance for him.” Then he asked her to “move your shorts to the side so I can see.”

He then said if she doesn’t dance it means she’s bad in bed because she has “no rhythm.” This girl must have been a big fan of Austin Aries. She even named her cat after the former wrestling champion.

Austin Aries asking me to stand in front of him and ‘dance for him’ then asking me ‘move your shorts to the side so I can see’ then telling me if I don’t dance it means I have no rhythm and I’m bad in bed.. then continued to invite me to his room 3x which I ignored.

He was awful to me at a show once. The things he was saying were disgusting. Also my cat is called Ares too

Another fan named Kara came forward with her own story. She alleges that Austin Aries tried to pull her shirt down to see her bra before asking if her underwear matched.

Also I literally just remembered at Irish Times the second time I was over in 2010, Aries pulled at my shirt to see my bra and then asked me if my underwear was matching.

I regret not kicking him in the dick so many times.

These are very concerning stories as Austin Aries’ name joins a growing list of pro wrestling figures who have been outed in the past few days.

Keep checking back with Ringside News as we continue to monitor this story and everything else going on in the wrestling world.