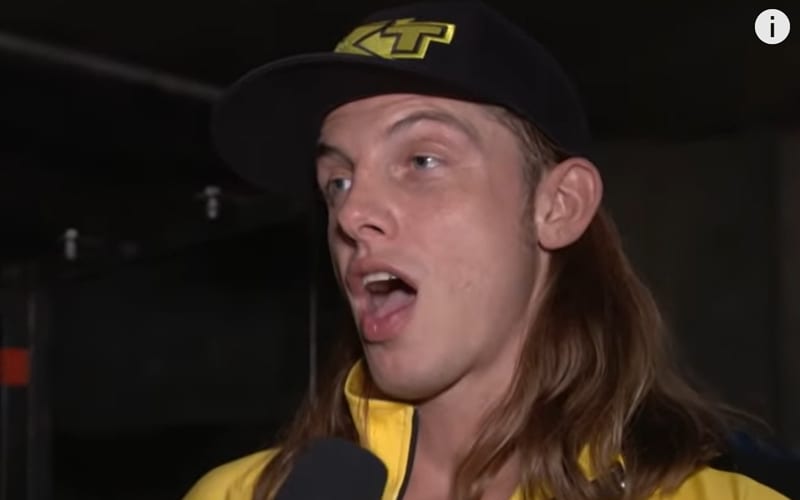 Matt Riddle called his accuser a “stalker.” He claimed that she harassed him, but Jamie Senegal has now come forward with their own statement about Riddle and Candy Cartwright’s relationship.

Senegal stated in a Tweet that they witnessed Riddle and Cartwright together. It was stated that “it was public knowledge to everyone EXCEPT Lisa Riddle that they were together.”

You can find her statement below. Screenshots were also included showing an alleged conversation between Riddle and Cartwright.

“Candy is not a STALKER. WrestleMania Weekend 2017 it was public knowledge to everyone EXCEPT Lisa Riddle that they were together. I didn’t even know Candy yet but I knew Matt and I knew. Over the course of the following years they were seen leaving shows together, hanging out with other wrestlers publicly, and traveling together. Matt felt guilty and told Lisa he was cheating. She blocked Candy’s number out of her phone and on all social media. She made a Text Now account to keep in contact with him. They saw eachother since then.

Matt gave me his number through Instagram in November 2018. We didn’t start talking like that until January 2019. he told me him and Candy just hooked up once but i knew that was a lie. He sent us both the same pics on the same days. in March 2019 Matt picked me up from a friends apartment and we hooked up in his car and he took me home. Then the text thread I released was later that month. i got a boyfriend and went to canada and ignored him.

On August 22nd 2019 i wrestled Melina and Candy came to the show asked me if this stuff was true, when I told her she began crying. We talked about how she was hurt and our friendship grew stronger. To say our final goodbye to that situation and to never look back we went to FL for my birthday and we did a photoshoot and captioned it “Ur Dead To Us.” so that’s way we could close our case and move on from him. Out of my knowledge she talked to him one last time and said her final resting piece. Then she was received extra work for NXT and he got her blackballed.”

Matt Riddle released a statement from his attorney on the matter. He has not spoken publicly about it since and he has told fans to stop messaging him.

Riddle debuted on WWE Friday Night SmackDown last week. We will have to see what is in The King Of Bros’ future.