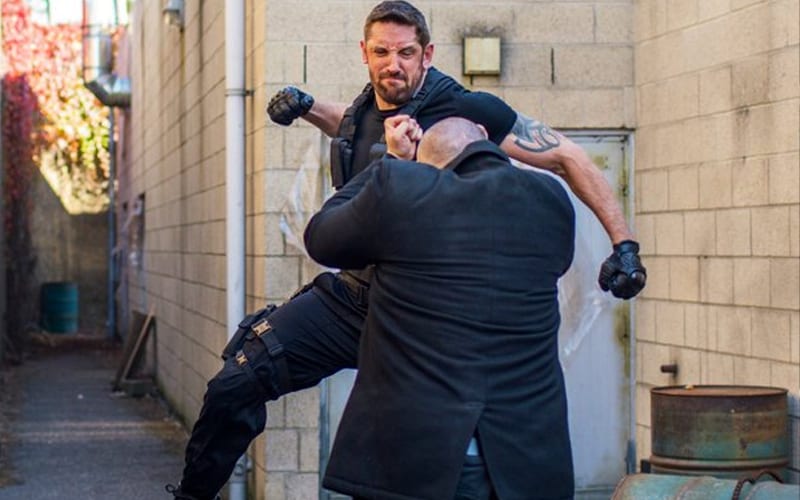 Wade Barrett isn’t wrestling anymore, but he is still getting into plenty of action. Now going as his real name Stu Bennett, he has a rather impressive career as an action movie star going.

Bennett revealed a screenshot from his new film Vengeance. In this photo he is pulling off a Superman Punch. The former Bad News Barrett posted the screenshot with a nod to the Big Dog.

As a big @WWERomanReigns fan, it was great to cosplay as him and steal his moves on the set of @vengeancefilmuk. Out now on all major VOD platforms in .#SierraHotelErmSomethingSomething

We’ll have to see what’s next for Stu Bennett. He turned down WWE’s offer to take part in a NEXUS reunion. Then he stated his in-ring career might not be 100% done.