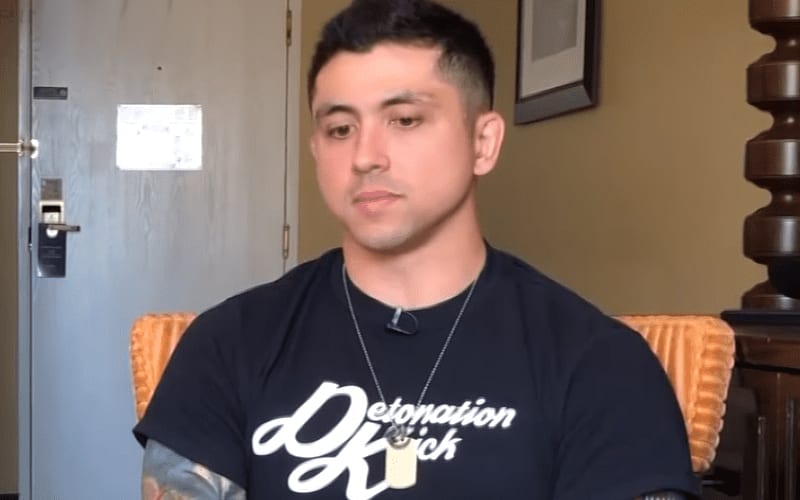 The #SpeakingOut movement is growing in numbers as more eyes are opened to a real problem in the pro wrestling business. Sexual assault and other misconduct is all too common. Now those victims are finding the support needed to speak out.

Session Moth Martina sent out a tweet wondering when people are going to talk about the “slut shaming” that goes on in the locker room. She doesn’t appreciate the double standard in that regard.

When we gonna talk about boys in the back slut shaming?!

Boys will be boys but if a girl does it she is DIRT. F*ck off

TJP replied to Sessions with multiple tweets. His #SpeakingOut story took place when he was 15 years old and learning how to be a pro wrestler. He was taken advantage of by older female wrestlers. They were over five years older than him at the time and he was a minor.

Perkins then addressed the double standard that he felt when being faced with that situation. As a male, he’s “supposed” to feel proud, but it still felt violating to be in that situation.

“I’ve always felt that double standard is wrong. On the flipside, I shared 2 stories last night with a loved one of myself at 15 being taken advantage of/pressured by older girls in wrestling who were 20-22 at the time. Hard to share cuz men are expected to be proud of such things. What makes it tough in the other direction is guys are both expected to be proud of such things, and also shamed for the sexist nature of being proud of such things. But it felt uncomfortable, nervous, empty, etc as anyone would feel in that situation. Difficult to express. I definitely don’t suggest it’s 50/50 or anything, and I absolutely don’t want to take any focus away from anyone who is sharing regardless of gender. There’s obviously double standards existing both ways and everyone’s experiences are different and should be viewed individually.”

More stories are likely to keep coming out as long as people find the strength to share what happened.

We will have to see if anything is done about these situations on an individual basis. So far the list is climbing toward 100 names in total including people like WWE Superstars to small-time wrestling promoters.