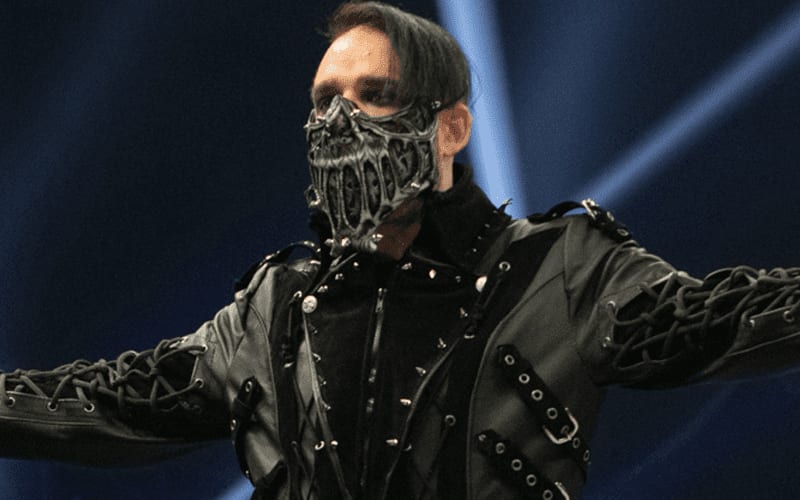 Update: AEW announced that Jimmy Havoc is going to rehab. They will evaluate his status in the company after he focuses on himself.

Original: A fan by the name of David Lloyd went on to Twitter earlier today and put out his story about AEW’s Jimmy Havoc. The fan accused Havoc for punching him in the face for no reason and PROGRESS for not handling the matter appropriately.

The fan posted an e-mail from 2014 that he had sent to PROGRESS Wrestling. The fan typed out his side of the story and the e-mail he had received from PROGRESS.

The fan noted that after the show, he approached Havoc and just told him that his match was great. However, what he received in return was a punch to the face by Havoc.

Brilliant show yesterday, my first one and thoroughly enjoyed it.

Went to The Worlds End afterwards, great to see all the guys from the show there later as well.

However I saw Jimmy Havoc at the bar, simply said “great match” to him and he punched me in the face.

As you might have seen, I’ve asked Havoc why he did this last night on Twitter today and he can’t remember the incident.

I’ve called the pub and they do have CCTV. I’m in 2 minds whether or not to report it to the police, to be honest I’m not happy with the incident but don’t want the headache of goint to the Met.

I just wanted to make you guys aware of the incident, really put a downer for what was a top show and after beers.

Afterwards, Lloyd received an email from Progress Wrestling regarding the matter. The company said that they are not responsible for their talent after the show.

They also said that Havoc might have been trying to “protect his character” and must have had too much to drink.

Thanks for the email and I am glad you enjoyed the show.

While I can fully see that being punched in the face by anyone isn’t a pleasant experience – as I’m sure you can appreciate once the event is over, PROGRESS is not responsible for the actions of anyone associated with the company as a performer or support crew. Talent are not contracted to us in that way, they are independent wrestlers.

From your description it sounds as if Jimmy was trying to protect his character but had had a bit much to drink. That’s not an excuse, merely an observation of how it looks from here. If you want to report it, you’re entirely at liberty to do so.

I will be calling Jimmy Havoc this evening to find out what happened and, where appropriate, we will take the necessary disciplinary steps.

Lloyd was obviously annoyed by this response by PROGRESS.