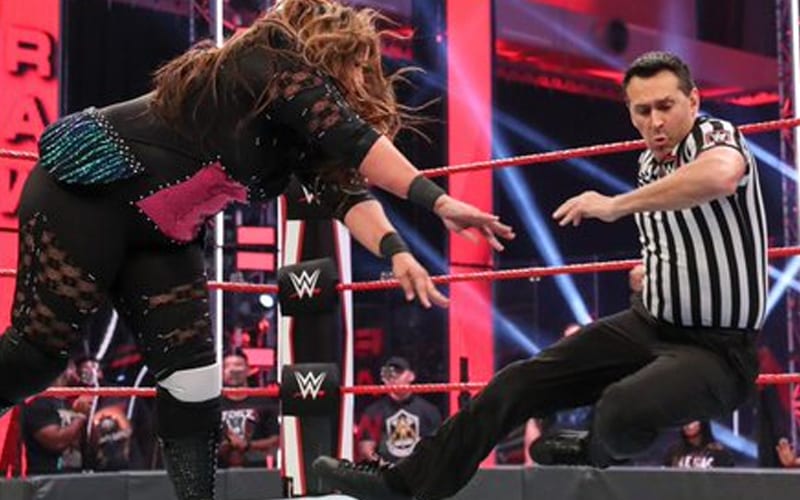 Nia Jax has a reputation for being very rough with her opponents. That brutality wasn’t limited to Superstars this week as the Irresistible Force got physical with a WWE official.

WWE has announced that they are now looking into Nia Jax’s conduct from RAW. The company failed to further elaborate on exactly what that entailed, but we’re sure to find out eventually.

WWE is reviewing the conduct of Nia Jax and referee John Cone in the aftermath of the Raw Women’s Title Match this past Monday, WWE.com has learned.

Nia Jax shoved referee John Cone this week on RAW. Cone is the father of Nicolas, the youngest WWE Tag Team Champion in history. She upset John Cone and he counted to three with a fast count that cost Jax the RAW Women’s Title.

Ringside News excursively reported that Vince McMahon wanted the referees to be taken more seriously. He was editing matches to point this out and enforce the rules. This is certainly an interesting direction to take that idea.