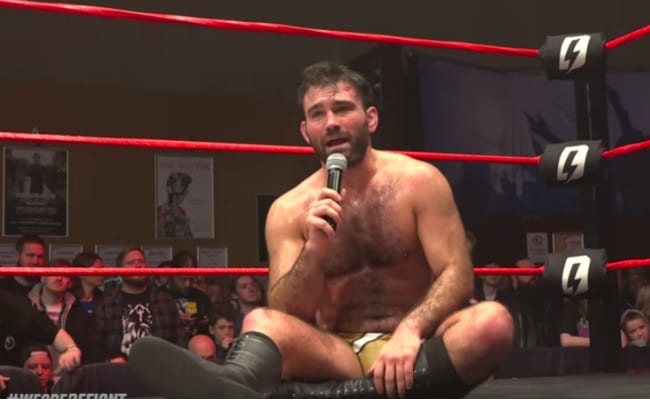 David Starr’s ex-girlfriend has accused him of sexual abuse & rape and since then, he’s also been stripped off of his Championships by two different promotions.

Starr’s apology and statement on his original post have backfired on him. Many fans came forth and criticized his manner of apology.

I can’t take away the lying and cheating. I can’t take away the emotional and mental pain I’ve caused my partners and myself. I can make sure it doesn’t happen again. I’ve accepted my wrongs and whatever those consequences are, no excuses, but I am not a sexual predator.

In the same thread, Starr then posted a letter he wrote to his ex-girlfriend Victoria. Starr said that he had consulted with other victims of sexual abuse about “grey rape”.

The letter reveals the details about Starr’s actions and what he believes they are:

Starr then went on to say that he’s not a predator and didn’t do what his ex-girlfriend is accusing him of. He said that he is okay with this being the end of his wrestling career and that it makes no sense for him to retaliate because he will be the bad guy regardless.

Starr said he will keep on working on being a better person and a better partner in the future.

I didn’t do what Victoria is accusing me of. I am not a sexual predator. I have been an awful partner.

If this is the end of wrestling for me, that’s ok. I know I’m not a predator and I know the truth of this situation. I know that I’ve learned from my wrongdoings. There’s no sense in going on the offensive. No matter what I say, I’m the bad guy. No pity party. It is what it is.

I’m gonna keep working on me so that I can be the partner I need to be to someone someday.

What do you think about Starr’s statements regarding the issue? Sound off in the comments below.