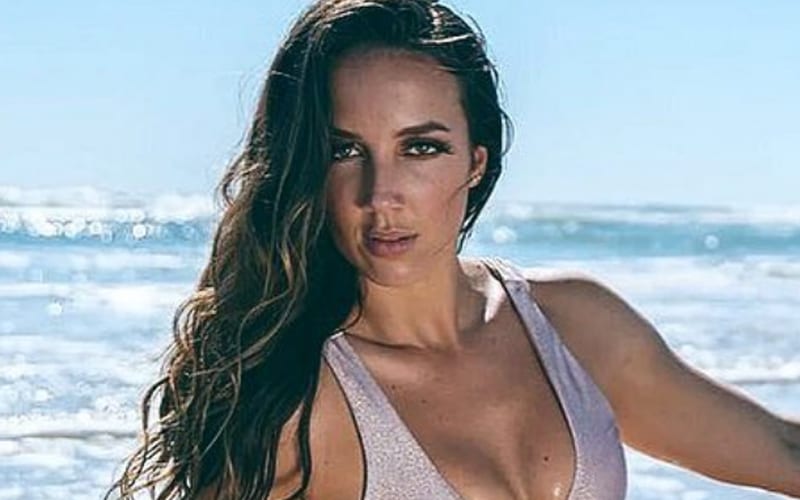 Chelsea Green doesn’t need much of a reason to show off in a bikini. She has made quite a hobby out of it that translated into some serious attention. This latest photo drop should show why.

Click here to check out Chelsea Green try on a ton of bikinis while discussing them like a college professor.

Chelsea Green recently released a new photo on Instagram. She was beach side and looking sultry in a two-piece bikini.

WWE might have done away with the “divas” title, but Chelsea Green would be in the running for Diva Of The Year in any year with this look. The only caption she included was an emoji of a watermelon slice which is a perfect Summer treat just like Green’s portfolio.

It’s unclear if Chelsea Green will make a jump to the main roster. There were strong rumors that her call-up was in the works. Paul Heyman’s exit could mean that some plans he had for emerging Superstars are now nixed.

Regardless of whether she shows up on Raw, SmackDown, or NXT, Chelsea Green is definitely determined to make waves.