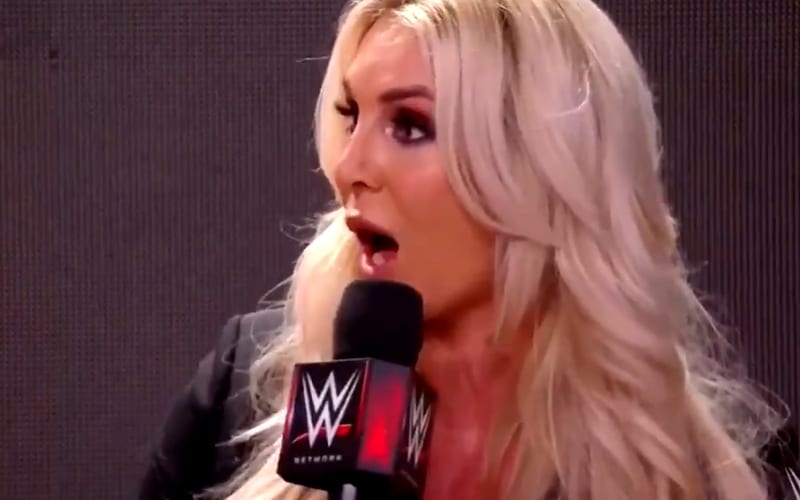 Charlotte Flair receives a lot of hate from the WWE Universe because of her “forced” monster push. Many fans have called Flair a product of nepotism while others believe she’s naturally talented and deserves her spot in the company.

During RAW Talk this week, Charlotte Flair appeared and talked about being called “entitled”. Flair went on to cut a furious promo and called out her peers, namely, Nia Jax & Sasha Banks.

Flair addressed the fans calling her “entitled” and said that she is the only person who shows up to work without fail every day of the year. She also said that she works on all three brands and does media FOX even when she’s not on FOX.

You know, I see, I hear and I read what people say about me, that I am entitled, that I am always in the title picture. Here’s the thing, I am the only person that shows up to work 365 days a year. I am never sick, I am never hurt, I am the hardest working person in this company. I am on RAW, I am on SmackDown, hell I do media for FOX and I am not even on FOX and then they sent me to NXT.

I do anything and everything they ask. I love this business and I strive for greatness. So it’s the entitled people that get under my skin. It is the people that sit at home for a year and then come back and they’re in the title picture and you call me entitled? Because I am busting my ass 365 days a year to be the best?

Flair then name-dropped the likes of Nia Jax and Sasha Banks as people who take time off for months on end and receive a direct title shot upon returning. She said that these are the people who are entitled and not her.

No, it’s the people like Nia Jax who come and are in the title picture. I have beaten Asuka twice now and I haven’t had my title match. So what I have had the RAW Championship, how many times now? I think 5? But that means I can’t have it a 6th time? That I am not owed that? No, it’s people like Sasha Banks who take time off and then come back in the title picture. But I am entitled? No it’s the entitled people that get under my skin.

Remember to credit Ringside News if you use any quotes from above.