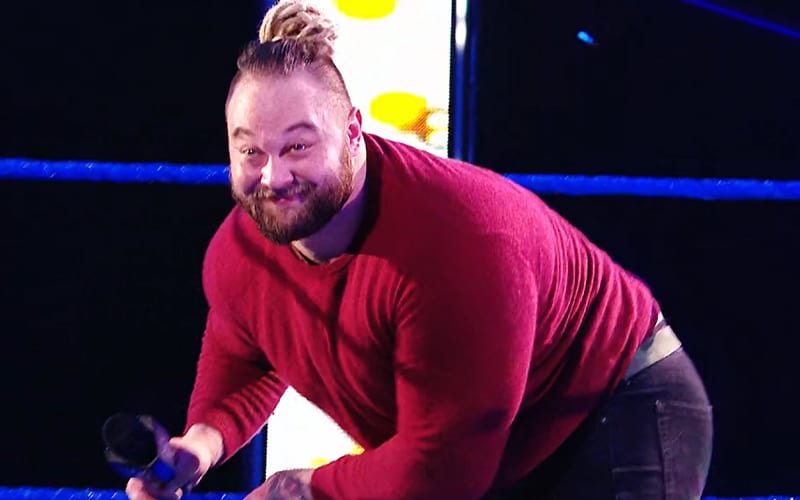 WWE Friday Night SmackDown will include the return of Bray Wyatt. This should set things up for an eventual run at the WWE Universal Title once again.

During WWE Raw this week, it was revealed that Bray Wyatt will return to the show. Wyatt has been off television in recent weeks. During that time he and JoJo celebrated the birth of their first daughter.

Ringside News exclusively reported that WWE wanted to run The Fiend vs Braun Strowman prior to SummerSlam. It makes sense that their confrontation could be coming at Extreme Rules.

AJ Styles also has an IC Title presentation set up for the next episode of SmackDown. Mandy Rose will also be a guest on Miz TV.