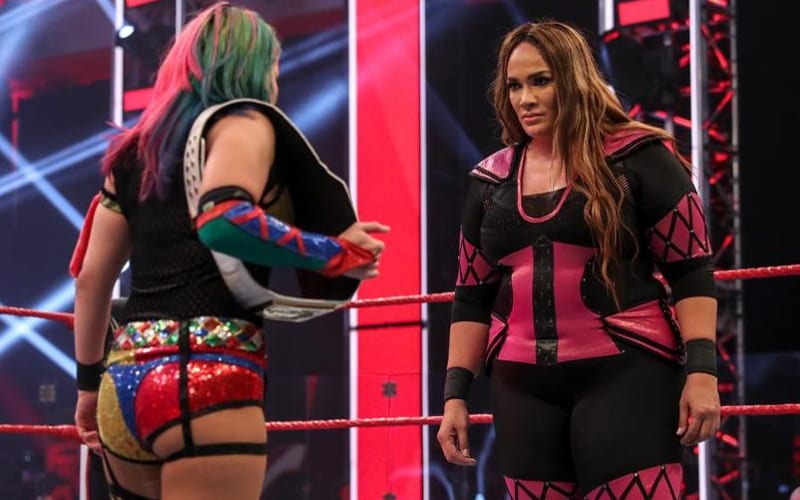 At Backlash, Asuka and Nia Jax faced each other for the RAW Women’s Championship. Ultimately the match ended in a double count-out and Asuka retained her title.

As it turns out, the company had originally decided to go for a different finish than what unfolded at the show. According to Bryan Alvarez of F4wonline via Wrestling Newsco, Vince McMahon changed the finish to this match hours before the show.

Alvarez revealed that the original plan was for Asuka to pin Nia Jax. However, for some reason, McMahon stepped in and changed the finish to a double count-out.

The impression that I’ve been given — I believe the original finish was Asuka was gonna pin Nia and for whatever reason, I guess on the day of the show to do a double count-out instead.

Had Asuka gone over Nia Jax clean, she would have come out of the match looking stronger as a champion. Apparently Vince McMahon doesn’t like the sound of that.