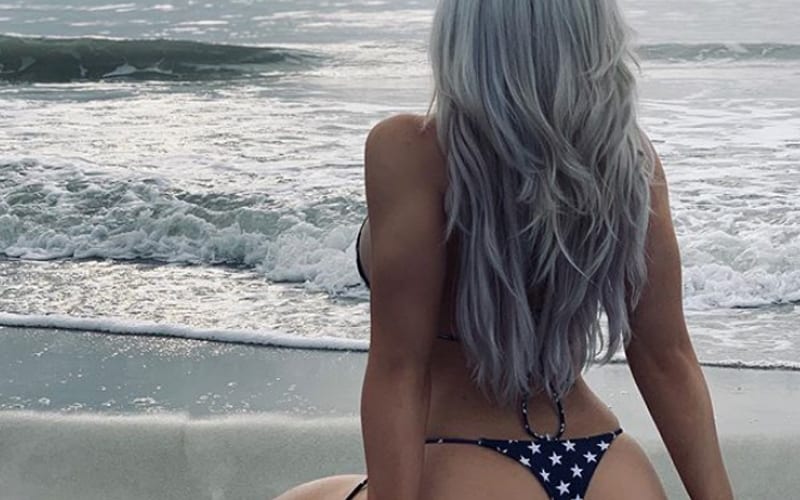 Scarlett Bordeaux dropped her last name when WWE signed her. She is still leading Killer Kross to the ring, and he has a different name too. Karrion Kross and Scarlett are still a force to be reckoned with.

Not too long ago, Scarlett dropped a revealing bikini photo. This photo drop got a ton of attention. Now she is showing off the other side of that bikini.

The former Smoke Show released the new photo on Instagram today. She didn’t include anything in her caption except for an emoji of crashing waves. That’s all she needed.

You can check out the new photo below. It’s no wonder why Jim Cornette sees Scarlett as the next Sable.