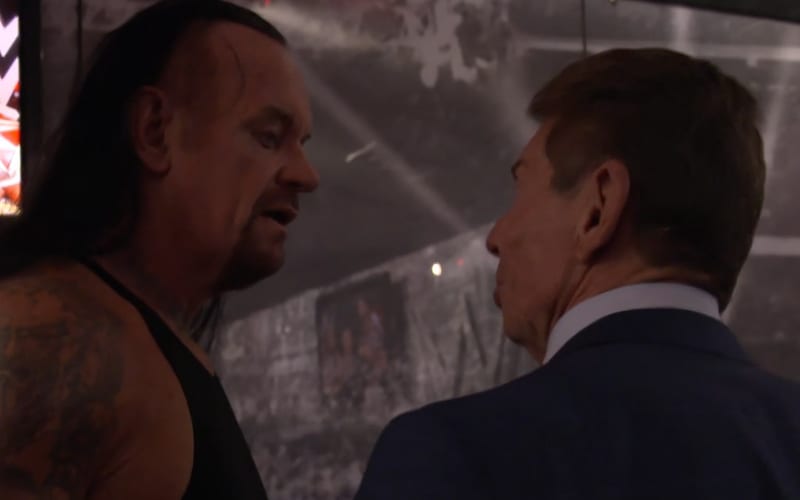 The Undertaker’s legendary career could be winding down, but he already told Vince McMahon is was done.

In the most recent episode of The Undertaker Last Ride documentary they detail the tag team match when The Undertaker teamed with Roman Reigns against Shane McMahon and Drew McIntyre at Extreme Rules in Philadelphia. That was supposed to be Taker’s last ride.

The Undertaker then told Vince McMahon that his body is not feeling it anymore. Taker said that he didn’t mean to spring it on Vince McMahon like this, but “I need to evaluate.” This was followed by McMahon telling The Phenom that he’ll “follow your lead.”

Of course, The Undertaker didn’t retire after Extreme Rules. He continued on and still might have another match in him. It is very interesting to know how sure of his retirement he was at the time.