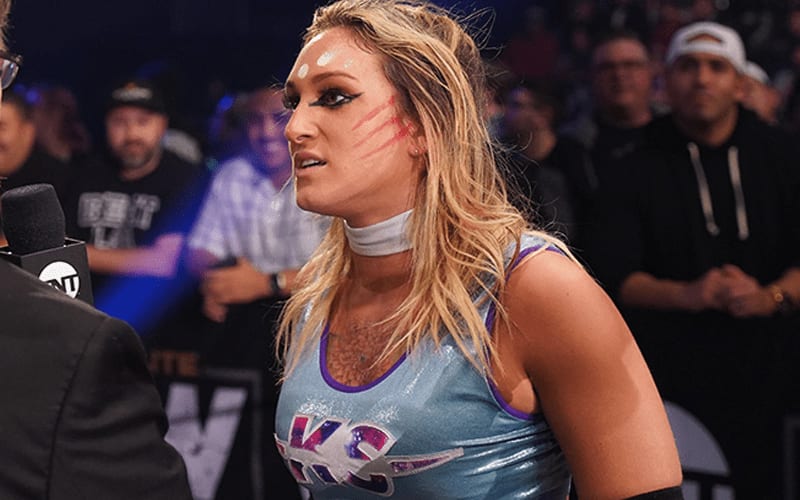 PW Insider reports that Kris Statlander suffered an injury during this past week’s Dynamite tapings. She was in a tag match with Hikaru Shida against Nyla Rose and Penelope Ford when the injury took place.

It is reported that there is no word on how bad the injury is. That being said, they are uncertain if she will require surgery. We can only hope she won’t be out of action for long.

While the severity of the injury is not yet known, PWInsider.com has learned from multiple sources that Kris Statlander suffered a knee injury at this past week’s AEW Dynamite taping.

Kris Statlander now joins Britt Baker on AEW’s injured list. Both Baker and Statlander were positioned to receive a big focus in AEW’s women’s division. Baker still appears every week on Dynamite while injured to play up her heel character. It’s unclear if Statlander will continue to show up and carry on her alien persona.