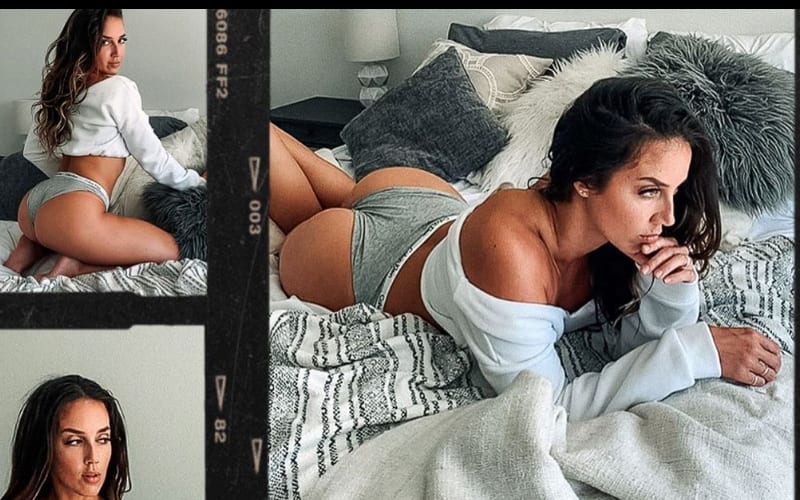 Chelsea Green is a very busy woman. She is reportedly gearing up for her WWE main roster debut soon. She also has a ton of other projects in the works.

Green recently dropped a collage showing off a new photo shoot. It looks like underwear pillow fighting was the theme. Green is a pretty tough competitor, so she’s probably a worth opponent in a pillow fight as well.

There is a lot going on here…

Tyler Breeze replied to this post saying: “Jesus Chelsea!! Hahah.” That is one way to react to a post like this. Chelsea Green also received a ton of praise for obvious reasons.

Chelsea Green does have a lot going on. Let’s just see if Paul Heyman’s recent firing changes any plans for her main roster call-up.