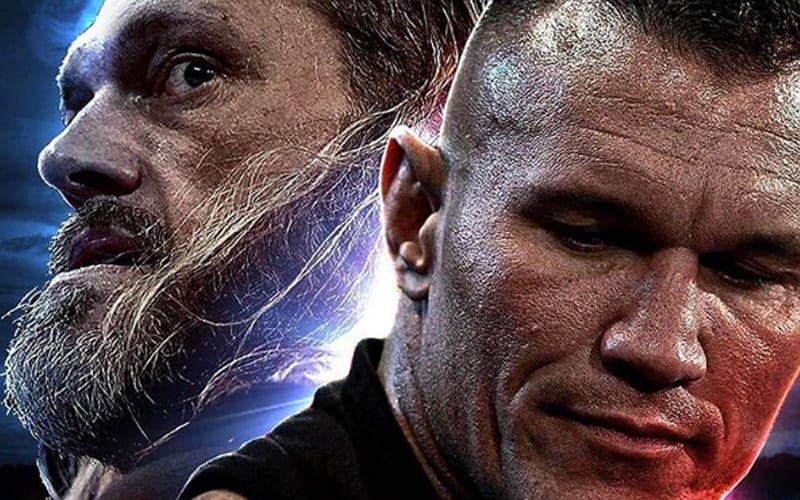 Edge and Randy Orton will battle at Backlash in a match that is billed as The Greatest Wrestling Match Ever. Edge isn’t so sure that it will be everyone’s favorite because that is totally subjective. He does know how much work was put into that Backlash match.

WWE filmed Edge vs Randy Orton already. This gave the company time to edit the match together. It will be an epic and long contest with a lot of selling.

The Rated R Superstar jumped on Instagram where he released a heartfelt message about this upcoming match. It will be his first pure wrestling match in almost 10 years. This means a lot and he knows that no matter how the match is received, he gave it all in the ring with Randy Orton.

This was a very pressure filled month. Pressure I put on myself. To perform. To prove to myself I could still perform at the level I want and expect. To give our fan base something to enjoy and talk about. To hopefully give them the same feeling I get watching @brethitmanhart matches. That’s a big task. This is my first pure wrestling match in 9.5 years. After having another neck fusion and my right wrist fused(my “good” hand). At 46 years old. Being billed beforehand The Greatest Wrestling Match Ever. During a pandemic. With limited audience. Kinda crazy. Kinda fun. MASSIVE challenge. And if you (think you) know me? Then you know I live for these challenges. I’d rather be put to this task than leave it to someone else.

As Teddy Roosevelt said; “the man who at the best knows in the end the triumph of high achievement, and who at the worst, if he fails, at least fails while daring greatly, so that his place shall never be with those cold and timid souls who neither know victory nor defeat.”

What I can say is that I have poured my full heart and soul into this match. I’ve studied. Didn’t sleep much. Because I care. I care about my work ethic. I care about my body of work. I care about and love this art form more than any other. Nothing else compares.

It’s my childhood dreams come true. That’s the why.
Just know that when you watch Backlash, you will see two men, two professionals, two WRESTLERS, giving you EVERYTHING they have on that night. Against my toughest opponent. Against my greatest opponent. “GREATEST MATCH EVER”? All subjective. Can’t worry about it. But I’ll walk away proud knowing it all got left in the ring to tell the story. And hopefully give all of your minds a little break from what’s going on in the world. #Backlash

We will have full coverage of WWE Backlash right here at Ringside News. It could be a very interesting contest, but we won’t know how fans really feel about things until everything is said and done.

What is the greatest wrestling match ever in your opinion? Sound off in the comments below!