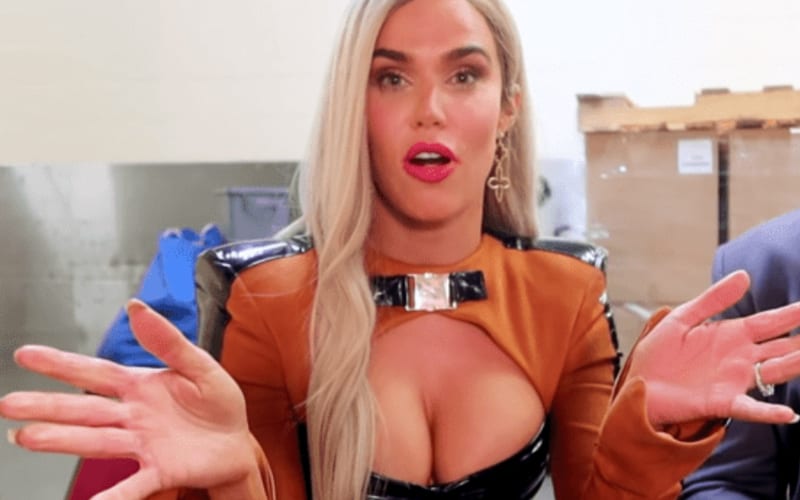 Lana loves to remind fans how attractive she is. Not everyone can pull off a 12 minute body bronzer demonstration. If you ask Disco Inferno, she’s just annoying now.

On Keepin It 100 with Konnan, Disco Inferno chimed in during a conversation about Rusev’s time in WWE. He stated that Rusev didn’t necessarily have what it took to be World Champion. Then he changed direction and discussed how WWE changed Lana’s character.

“I don’t know if Rusev should have been the world champion. They definitely undersold him. Jinder’s promos were better than Rusev and he got the spot. They have taken Lana’s sex appeal away. They made her really annoying.”

Konnan then gave his take on Lana’s character. He called attention to how much bronzer she uses. He must have watched her nearly 12 minute bikini clad demonstration video as well.

“I would have put the title on him at all, which I wouldn’t have, but if I would I would have put it on him when he had that tremendous power couple package with Lana. Lana to me, when I see her now means nothing. She is overly bronzed. Not the orange tan Hogan bronze, but just overly bronzed, like really?”

Lana and Bobby Lashley’s story could change dramatically. We’ll have to see if it is one of the angles that gets switched up with everything else changing backstage in WWE.

Lashley’s WWE Title match against Drew McIntyre at Backlash could also be a game changing situation for everyone in WWE.