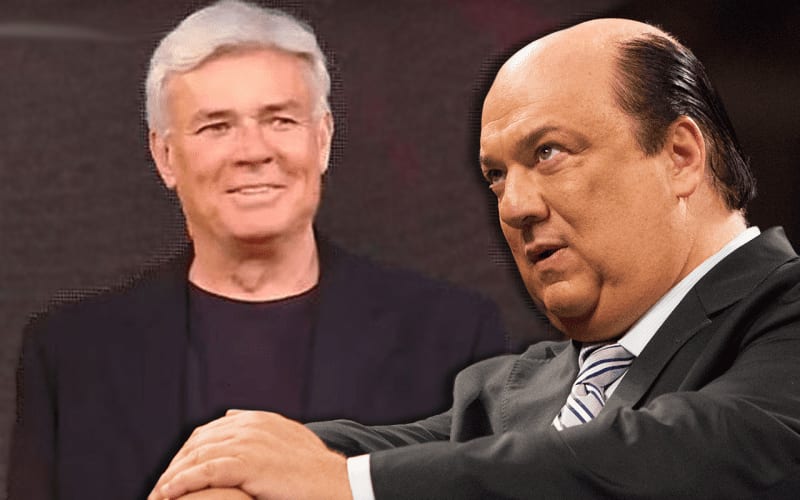 Paul Heyman is no longer on RAW as Executive Director. Now he is on to his next project, but he’ll still be appearing as a performing on screen. Eric Bischoff knows a thing or two about losing an Executive Producer gig because he lost his months ago.

During After 83 Weeks with Christy Olson, Eric Bischoff had a chance to open up about Paul Heyman’s firing. He had a lot to say, and he was quite candid to boot.

Eric Bischoff only felt like Paul Heyman needed congratulating when he heard the news of his firing. He also wasn’t certain if he should do the same for Bruce Prichard.

“My first reaction is I’m going to send Bruce Prichard a text that says congratulations, with a question mark.”

When it comes to his previous experience working with Paul Heyman, Eric Bischoff remembered him as “quirky as sh*t.” Heyman is very creative and a handful at times as well.

“He’s quirky as sh*t. He’s got his own thing, you know. Most really creative, highly aggressive people do. Paul was a handful but in a fun and positive way for me, not in a negative or challenging way, but in a way that kind of made you better because he made you think.”

Paul Heyman is a master at connecting with an audience. Vince McMahon grew impatient and wanted top stars now. Some of the Superstars that Heyman was behind will see their pushes stopped because of this creative change.

This is something that Eric Bischoff can probably tell. Heyman wasn’t perfect, but Eric Bischoff went on to explain how important Paul Heyman was in that position. There is a possibility that he takes more credit than he needs to at times.

“Paul Heyman has connected to the audience in a way that kind of transcends some of the normal things that a lot of other people have to deal with. He’s an icon to many, many people. In the eyes of many wrestling fans Paul can do no wrong. And that’s not true, Paul can do wrong, just like we all can. Paul’s just a human being. He’s a very creative talented human being, but he still a human being that has flaws. but Paul is on such a pedestal that I think people tend to give him a little more credit than they should for some things.”

In the end, Easy E’s advice for Paul E is to just lay low for a while because this too will pass.