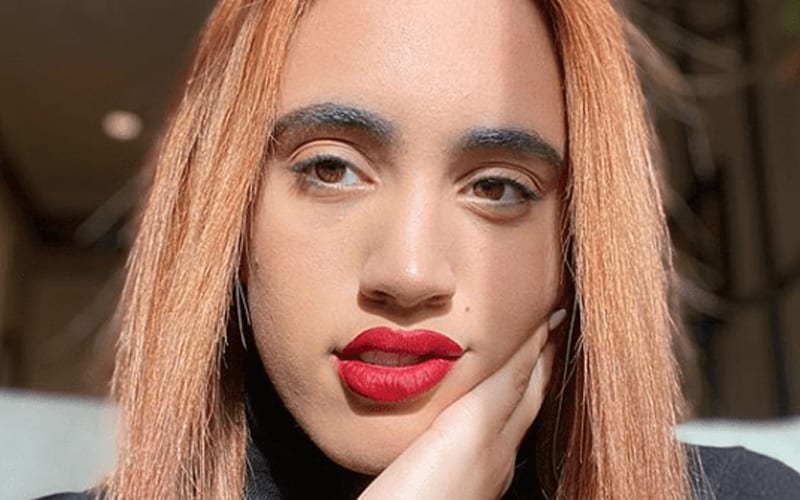 The Rock’s daughter Simone Johnson signing with WWE was a big deal for fans. It made headlines because the daughter of the most electrifying entertainer in WWE history has a chance to follow in her father’s footsteps. She will also do it with a previously existing injury.

She is presently a WWE Performance Center recruit. Classes are starting back up as they adapt to a new normal.

“I was supposed to go to NYU in August. At the end of July, I blew my knee out completely and it sucked, but in a way it made me re-think everything. After I hurt my knee, I was like, ‘Alright, I don’t think I want to go to New York anymore’ and I wanted to stay in Orlando.”

“Almost a year ago, I moved [to Orlando] and it was the happiest I had ever been because I love wrestling and love the people I’m around. I vividly remember, a couple of days after I hurt myself, my mom came in and I told her, ‘I don’t think I want to go to New York. I want to attend college in Orlando and keep training once I’m able to again.’ My mom means everything to me and her first reaction was, ‘Okay, we’ll make it work.’ Throughout all this, she has been the most supportive person.”

“Not going to New York was the best decision I made. I signed my contract in December. I look at [wrestling] differently now, but I still have that kid inside. Now, while watching, it’s still amazing, but what can I learn from this match, this person, and how does it tie in?”

Johnson didn’t go to New York and decided to pursue her dreams in pro wrestling instead. She is also going to college because it is always important to have a back-up plan.

This was a decision that not only changed her life for the better, but it could eventually go on to influence the future of WWE as she continues training to become a Superstar of tomorrow.