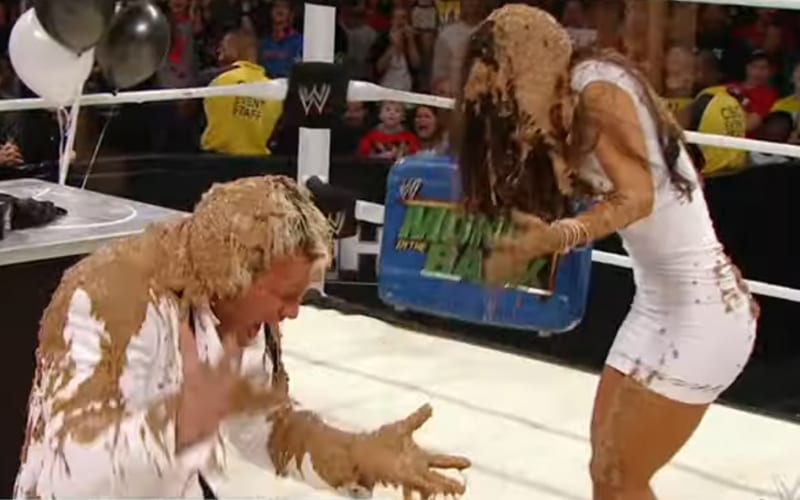 Kayla Braxton was showered in slime last week on SmackDown, but she’s not the first person to receive a sliming on WWE television. In fact, she joins a list of very prestigious company.

WWE recently dropped a video celebrating all the times they covered Superstars with slime. It’s happened quite a few times, enough to make a top 10 out of it.

DX’s sliming efforts on the Spirit Squad was featured at number 10. There were other notable entries such as poo and blood baths. There obviously weren’t enough instances of traditional slime to fill up an entire top ten list.

You can check out the video below, but here are the moments they included:

9) NXT sliming with Brodus Clay getting away

8) The Brood Blood Bath on Bossman during Heat

6) Big Show gets slimed outside of his RV

The #1 “sliming” in WWE History is: John Cena covering Dolph Ziggler and AJ Lee with poo

WWE has covered their Superstars in plenty of nasty liquids in the past. It must be something that a certain person backstage finds very funny. Odds are Miss Kayla Braxton’s sliming on SmackDown won’t be the last time we see WWE use this idea in a segment.