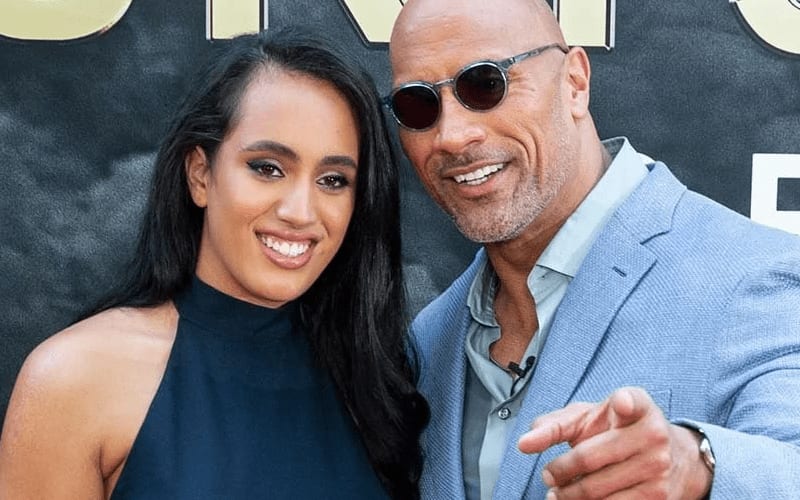 The Rock’s daughter Simone Johnson is following in her family’s footsteps. She signed a WWE NXT contract and is training to become a Superstar. Her father is very proud of her too.

While appearing on The Tonight Show, The Rock opened up about his daughter’s choice to become a WWE Superstar. She will be the first-ever fourth generation pro wrestler in WWE history which is also an impressive feat.

She signed her contract with the WWE and it just blows my mind. First of all, what an honor that my daughter wants to follow in my footsteps, but more importantly, follow in my footsteps sounds cliche. But she actually wants to create and blaze her own path, which is so important. And she ended up being the youngest signee in the history of the company. At 16 — by the way, she’s 18 now. At 16, she was working her ass off quietly under the radar, in the ring, getting thrown around and all the bumps and bruises that come with pro wrestling. And she hung in there, and I’m very, very proud of her.

The Rock’s daughter is only getting started at the Performance Center. Right now nobody is at the WWE PC unless they are filming for the main roster. The gym and usual operations are currently closed.