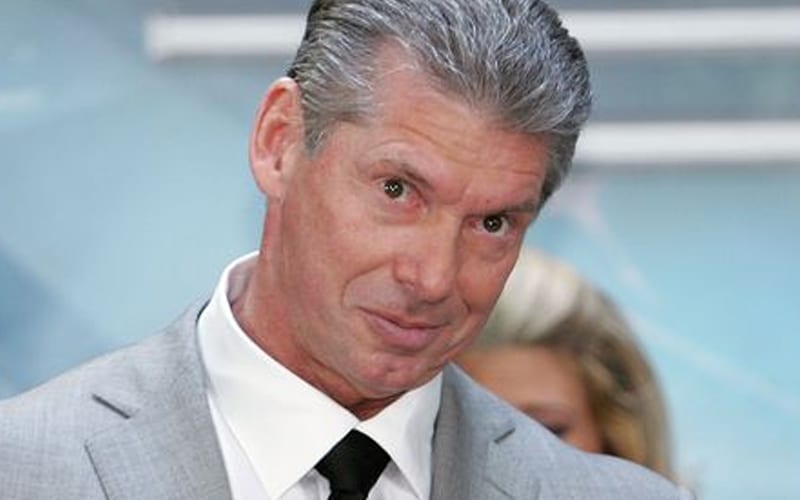 Vince McMahon is a very busy man. If you happen to catch a glimpse of him it’s likely that he doesn’t have time for you.

During the ARN Show, Arn Anderson discussed Vince McMahon and how he lives in his own bubble. He works out at his house, and then goes right to work. He flies to whatever city WWE happens to be in and then focuses on the task at hand. His life is very busy and this non-stop schedule doesn’t allow him to spend any time with fans.

“No, I’ve never seen that [sign autographs or take selfies with fans]. I’m pretty sure that’s never happened and never will happen. He functions in his own bubble. It probably goes something like this. I’m not saying it’s a bad thing, you can judge when I’m done. He has a gym in his house. He gets up very early in the morning. He gets his workout. He has the limo pick him up and take him to the airport. He walks up the steps to the private plane. Flies to the town. Gets in another limo. Goes straight to the building. Walks straight into his office. From his office he goes straight to the meeting room where he will spend most of the afternoon.”

“He will go straight to gorilla when it’s time. When the show is over. Straight to another limo. Straight to the private plane to the next town. Straight to the hotel that they are staying at, company hotel. Then at 3 or 4 in the morning, he will go to the gym again. Repeat. That’s pretty much the day in the life of Vince McMahon.”

If you happened to see Vince McMahon it’s likely that he’s not in a situation where he can stop and talk much in the first place. McMahon’s daily schedule might sound exhausting, but that’s what it takes to run a company like WWE.