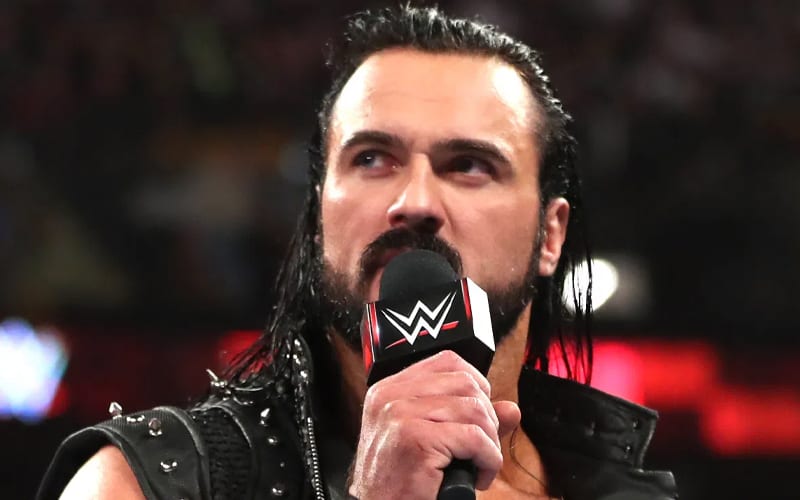 Fans haven’t been permitted inside the building for WWE shows since COVID-19 ruined everyone’s plans. Drew McIntyre can’t wait until the day comes when he gets a live pop from a crowd once again.

While speaking to Wrestle Joy, Drew McIntyre revealed that he wants to be the first who comes out to greet fans when they return to WWE. McIntyre doesn’t want any dark matches ether. He wants to kick things off by personally welcoming fans back as WWE Champion.

I can’t wait for that moment until everybody can get back together,” Drew said. “I want to be the first one that walks out there. I don’t want any dark matches. I don’t want any match prior. I want to walk down there as champion and see how the crowd responds.”

Bobby Lashley probably has a lot to say about Drew McIntyre’s expectations that he will still be WWE Champion when fans are allowed back in the building. He is currently rumored to pick up the WWE Title at Backlash, but he’s far from favorite in the betting odds.