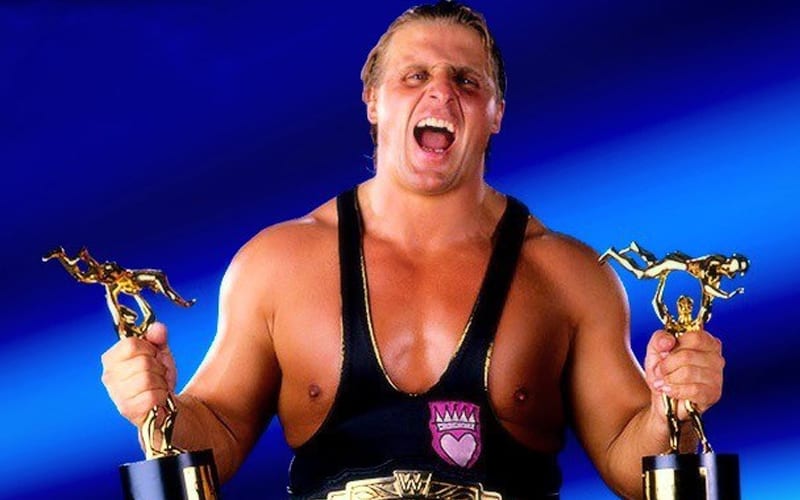 Owen Hart died tragically long before AEW opened their doors. That shouldn’t stop them from paying homage to his legacy.

While speaking to Sportskeeda, Chris Jericho expressed a desire for Owen Hart’s inclusion in All Elite Wrestling. He would like to see AEW working with Owen Hart’s widow in some respect. That could be a great way to honor his memory.

“I’d love to see (Martha) do something with AEW. I think the spirit of Owen Hart lives on in AEW for sure.”

“I’m a huge disciple of him. I’m very much influenced by Owen Hart. So I think that, whether it’s New Japan or AEW, I think it’s important for Owen to be remembered by his fans and by the people that he influenced, myself included.”

Martha Hart is understandably upset at WWE. They did a lot of things wrong that caused her husband’s death. The Dark Side Of The Ring episode explored those mistakes.

We’ll have to see if Martha Hart ever comes around and decides to involve her husband’s legacy with AEW. Anything is possible in pro wrestling.